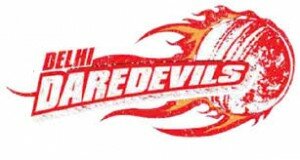 Delhi Daredevils is the Delhi franchise of the Indian Premier League in cricket. The franchise is owned by the GMR Group.

Founded in 2008, the team was captained by Kevin Pietersen in IPL 2014, but he has been released by the team and hence this season we will have a new face leading the team.

Ahead of players auction for IPL 2015, before the closure of the Trading window on December 15, 2014, Delhi Daredevils team announced that they will release 13 players to build a comparatively new team for IPL 2015 after failing to perform in the last season.

Please find below the players list of Delhi Daredevils IPL 2015 Squad after the Players Auction for IPL 2015.