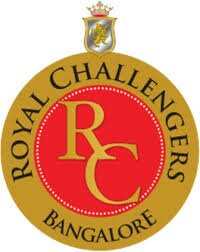 Royal Challengers Bangalore is a cricket team based in Bangalore that plays in the Indian Premier League.

The team is currently led by Virat Kohli and coached by South African Ray Jennings.

The team is owned by Vijay Mallya, through his flagship firm UB Group. The director of the team is Sidhartha Mallya.

Please find below the players list of Royal Challengers Bangalore IPL 2015 Squad after the Players Auction for IPL 2015.