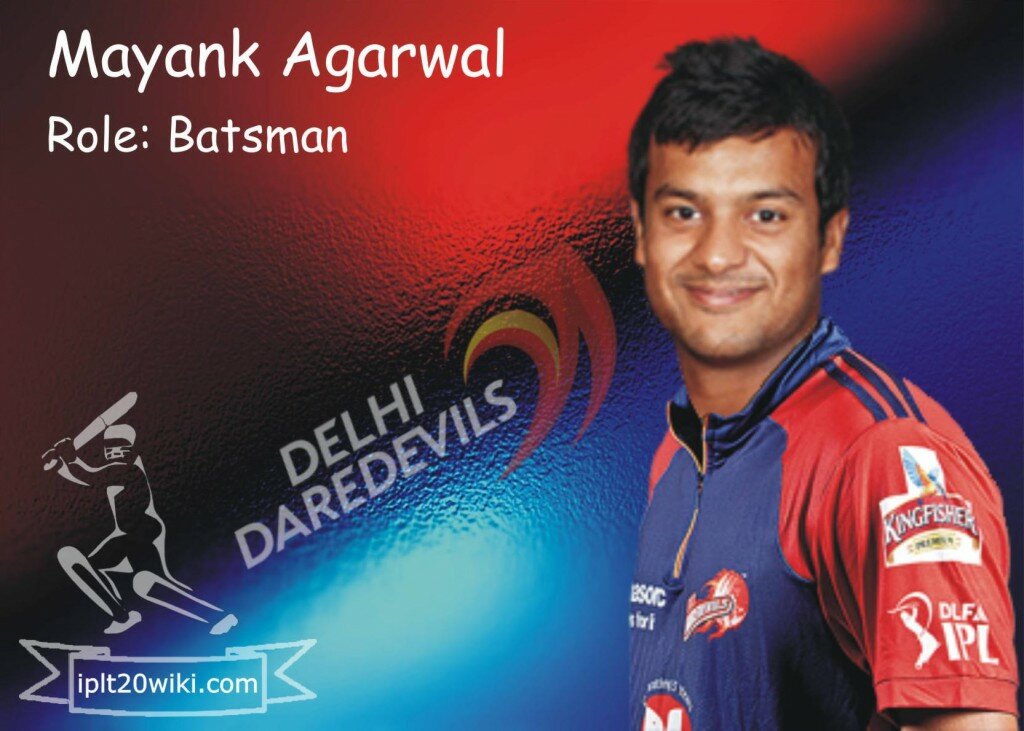 Born on 16th February 1991, Mayank Agarwal is an Indian Cricketer who plays for Karnataka in the domestic cricket. He also plays in the Indian Premier League (IPL).

He is an attacking right-handed opening batsman who also plays Twenty20 cricket for Karnataka.

He made his IPL debut in 2011 playing for the Royal Challengers Bangalore and has played the last three seasons of IPL with the team.

In the players auction for IPL 2014, he was bought by Delhi Daredevils for Rs. 1.6 Crores.