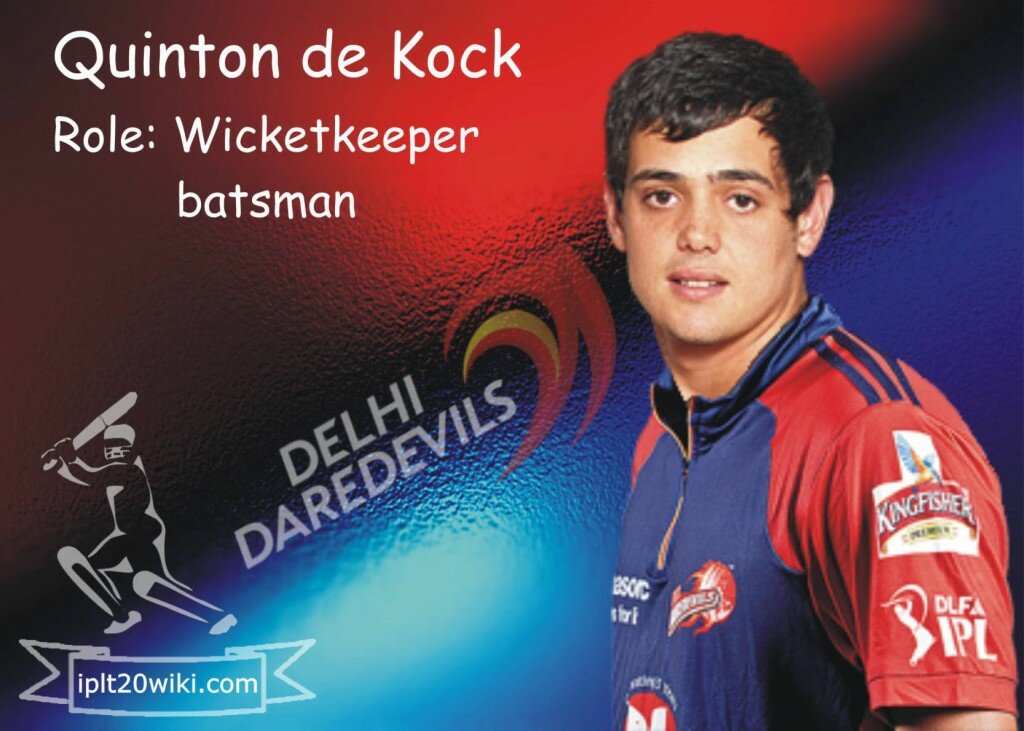 Born on 17th December 1992, Quinton de Kock is a South African cricketer who represents Gauteng and the Lions at domestic level. He has also played few ODI’s and T20 matches for South Africa.

He is a left-handed wicketkeeper-batsman.

Previously he has represented his country at Under-19 level. Recently in February 2013 he hit the highest T20 score (126) in South Africa.

He has been bought by SunRisers Hyderabad in IPL 2013 players auction for a base price of US $20,000. He go to play three matches last season in which he scored just 6 runs.

Surprisingly, in the players auction for IPL 2014, he was bought by Delhi Daredevils for Rs. 3.5 Crores.

Lets hope that he plays well this season for his new team.