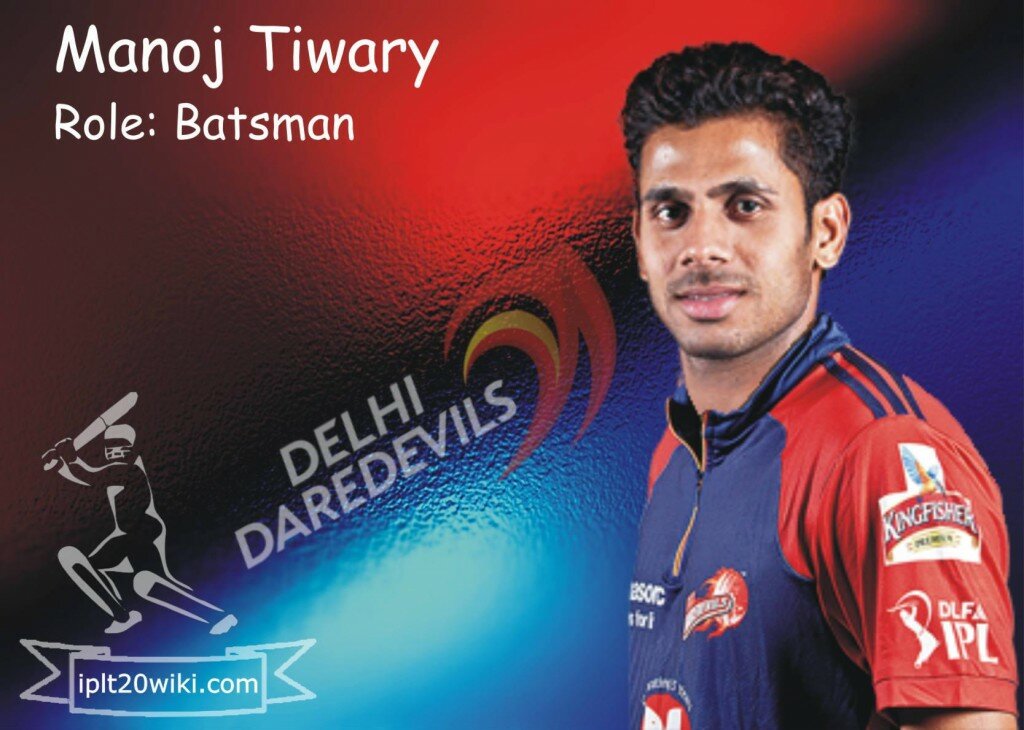 Born on 14th November 1985, Manoj Kumar Tiwary is an Indian cricketer who plays Bengal in the domestic cricket. he also plays in the Indian Premiere League.

An aggressive right-handed batsman, Tiwary has gained attention from selectors and fans through his strokeplay and high run scoring in Indian Domestic Cricket. He also occasionally bowls leg spin and can get wickets also.

In spite of good show in the domestic cricket, he has not got enough changes to play for Indian national cricket team. SO far he has featured only in 8 ODI’s and 3 T20 matches.

In case of the Indian Premiere League (IPL) for the first two seasons he was associated with the Delhi Daredevils team and since 2010 he has been playing for the Kolkata Knight Riders.

In last season he played in 10 matches and scored just 146 runs.

Surprisingly, in the players auction for IPL 2014, he was bought by Delhi Daredevils for Rs. 2.8 Crores.

Lets hope that he plays well in IPL 2014 in his earlier team – Delhi Daredevils.