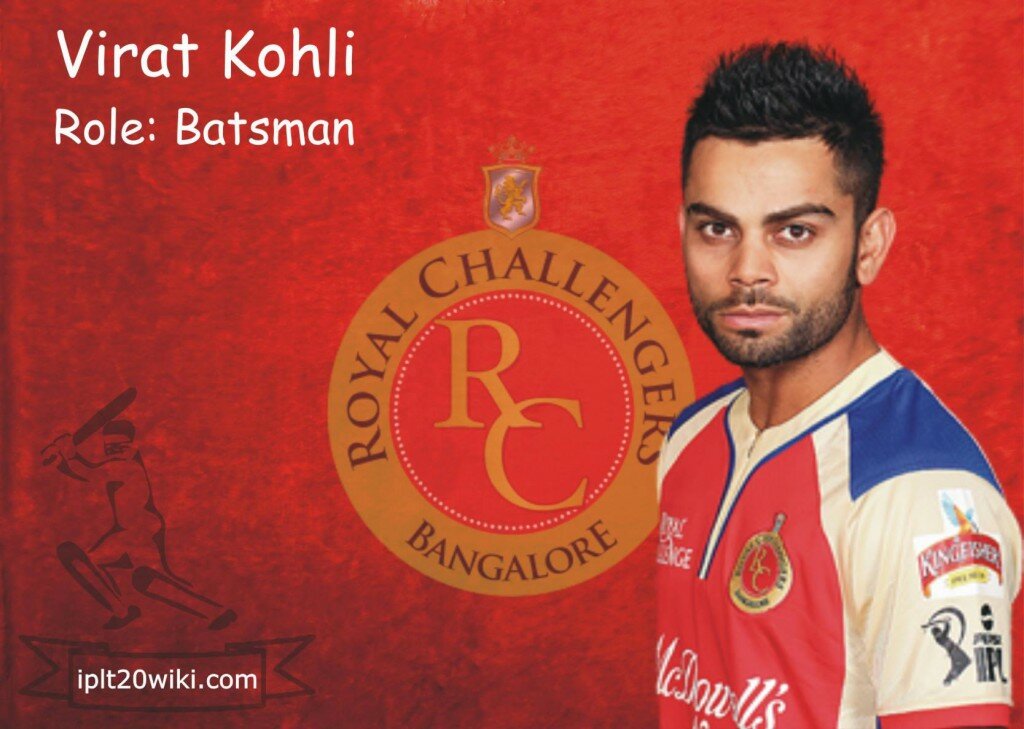 Born on 5th November 1988, Virat Kohli is an Indian international cricketer who plays for India in test matches, ODI’s and T20 matches. He plays for Delhi in the domestic cricket and also plays in the Indian Premier League.

He was the captain of the India team that won the 2008 ICC U-19 World Cup held in Malaysia.

Kohli is a middle order batsman, who can also open the batting. He can also bowl right arm medium pace, and is also a good fielder.

He was the leading run scorer for the team last year scoring 634 runs in 16 matches at an average of 45.28.

Ahead of players auction for IPL 2014, he was retained by Royal Challengers Bangalore for Rs. 12.5 Crores.

On again in IPL 2015, Virat Kohli will be leading Royal Challengers Bangalore.