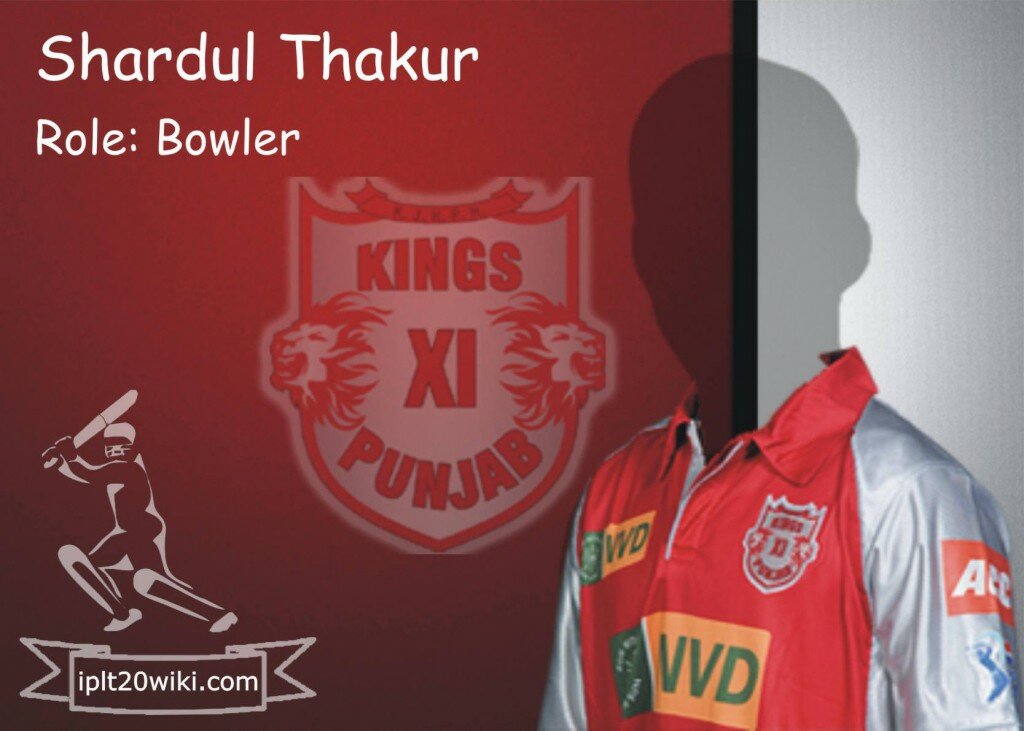 Born on 16th October 1991, Shardul Thakur is an Indian cricketer who plays for Mumbai in the domestic cricket.

A right-arm medium pacer, Shardul can bat as well lower down the order.

The pacer from Mumbai was among wickets in the 2013-14 Ranji Trophy. With 27 wickets from six matches, he was the second highest wicket-taker for the side.

This will be his debut IPL season. In the players auction for IPL 2014, he was bought by Kings XI Punjab team for Rs. 20 lakhs.

Lets hope that he gets to play in a few matches this season for Kings XI Punjab.