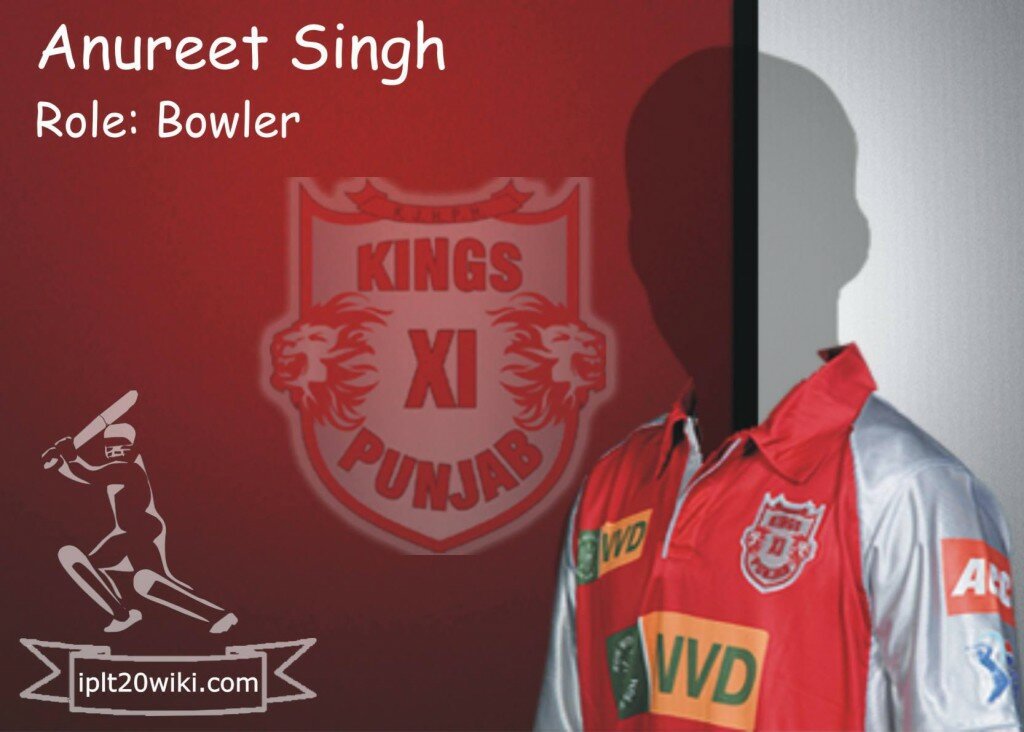 Born on 2nd March 1988, Anureet Singh is an Indian cricketer who plays for railways in domestic cricket.

Anureet Singh is a right-arm medium-fast bowler and a right-handed batsman.

He made his first-class debut in November 2008 against Karnataka,

Thanks to this performance, he was bought by the Kings XI Punjab during players auction for IPL 2014 for Rs. 20 lakhs.

Previously he was part of the Kolkata Knight Riders in IPL 2009 where he got to play in 3 matches only.

Lets hope that he gets more matches to play this season and can perform well for the team.