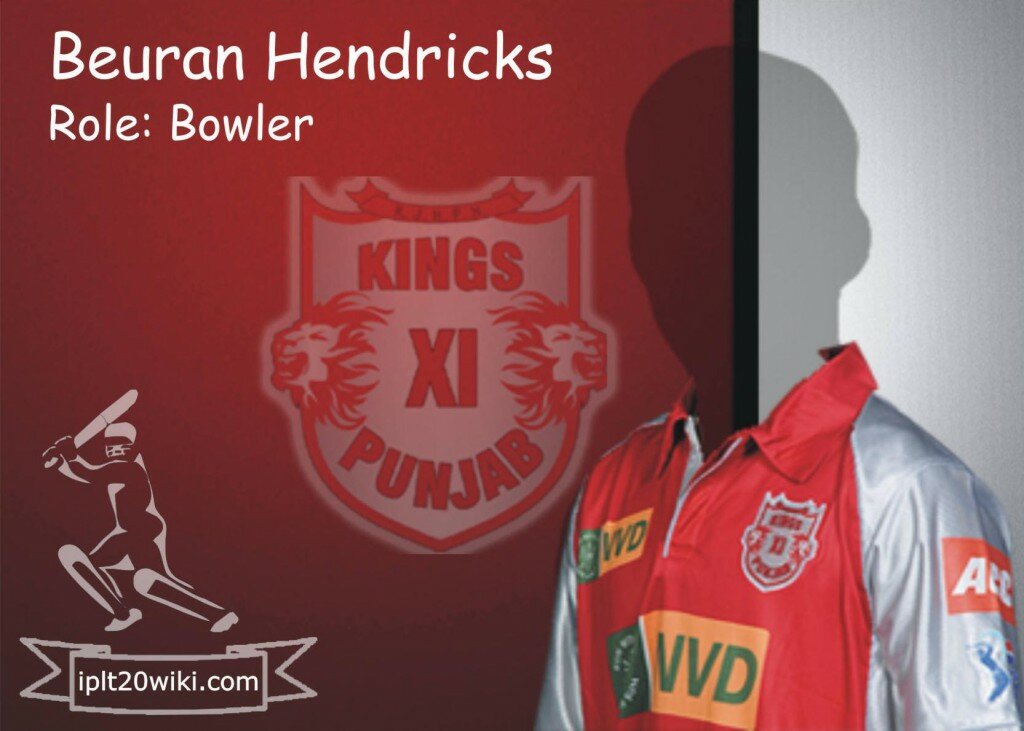 Born on 8th June 1990, Beuran Hendricks is an South African cricketer who plays for Cape Cobras in the South African domestic cricket. He made his T20 international debut playing against Australia in March 2014.

He will make his IPL debut this year playing for Kings XI Punjab team. He was bought by the franchisee in the players auction for IPL 2014 for Rs. 1.8 Crores.

Lets hope that he plays well and takes lots of wickets in his debut IPL season.