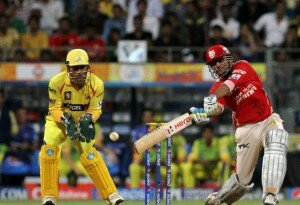 It was the second century of IPL 2014. Earlier Mumbai Indian’s opener Lendl Simmons had scored a century.

Earlier Chennai Super Kings won the toss and Dhoni elected to field first and since the start of the match Virender Sehwag went guns blazing.

Definitely the crowd at the Wankhede Stadium had a feast.