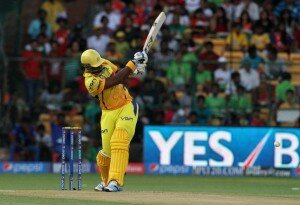 Having won the toss at the Chinnaswamy Stadium in Bangalore, Chennai Super Kings elected to field first.

Royal Challengers Bangalore had a poor start loosing few wickets early. They were 33/3 in the 5th over. Virat Kolhi played a captains innings scoring 73 runs of just 49 balls hitting 2 fours and 5 sixes. In the end the team lost a couple of wickets and ended their innings on a score of 154/6.

For Chennai Super Kings, Ashish Nehra picked up three wickets while Ravichandran Ashwin, Mohit Sharma and Ravindra Jadeja picked up one wicket each.

For Royal Challengers Bangalore, Ravi Rampaul and Yuvraj Singh picked up one wicket each.

MS Dhoni was named the Man Of The Match for his brilliant batting performance in the match. 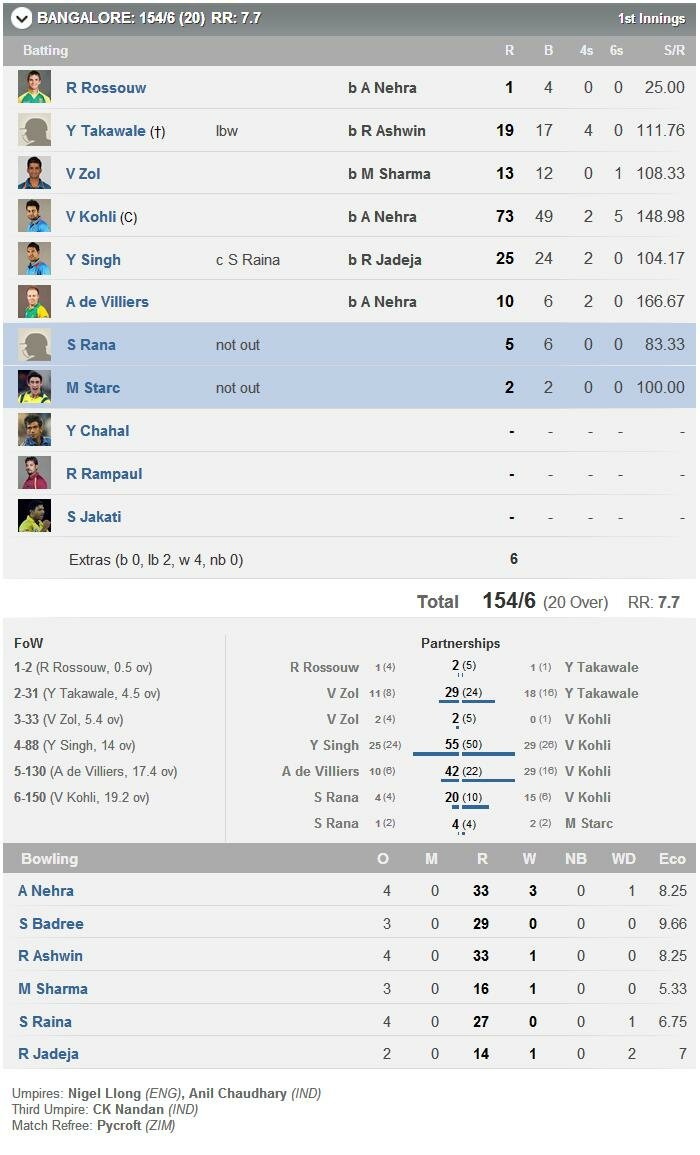 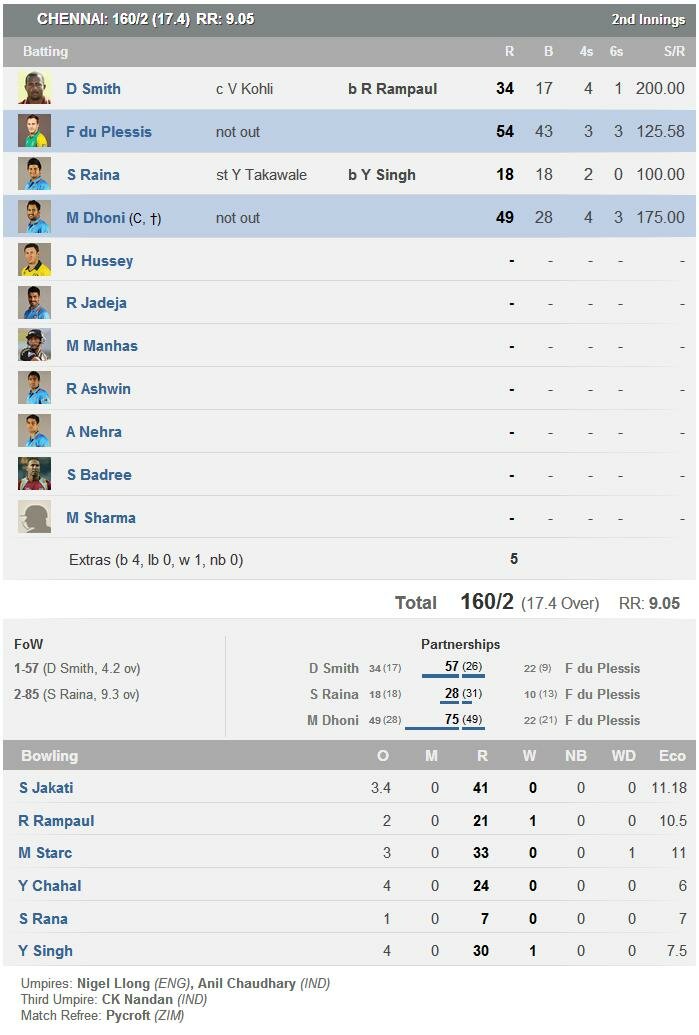