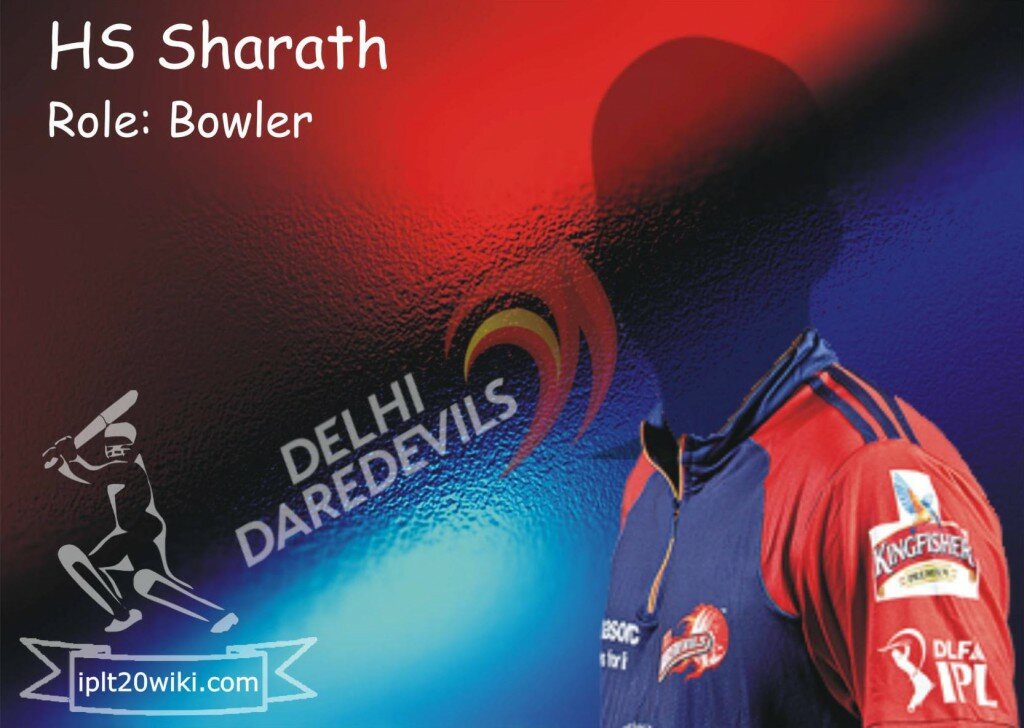 Born on 2nd June 1993, HS Sharath is an Indian cricketer who plays for Karnataka in the domestic cricket.

HS Sharath, a medium pacer from Karnataka, was a revelation in the 2013-14 Ranji Trophy. His overall figures of 8 for 89 against Mumbai in the league phase helped Karnataka to their first-ever outright victory over the Ranji giants. He claimed 53 wickets from seven matches for his state team in the season and was their second highest wicket-taker.

HS Sharath is a right-arm medium pacer and a right-handed lower order batsman.

In players auction for IPL 2014, he was bought by Delhi Daredevils team for Rs. 10 lakhs.

Lets hope that he gets few matches to play in his IPL debut season.