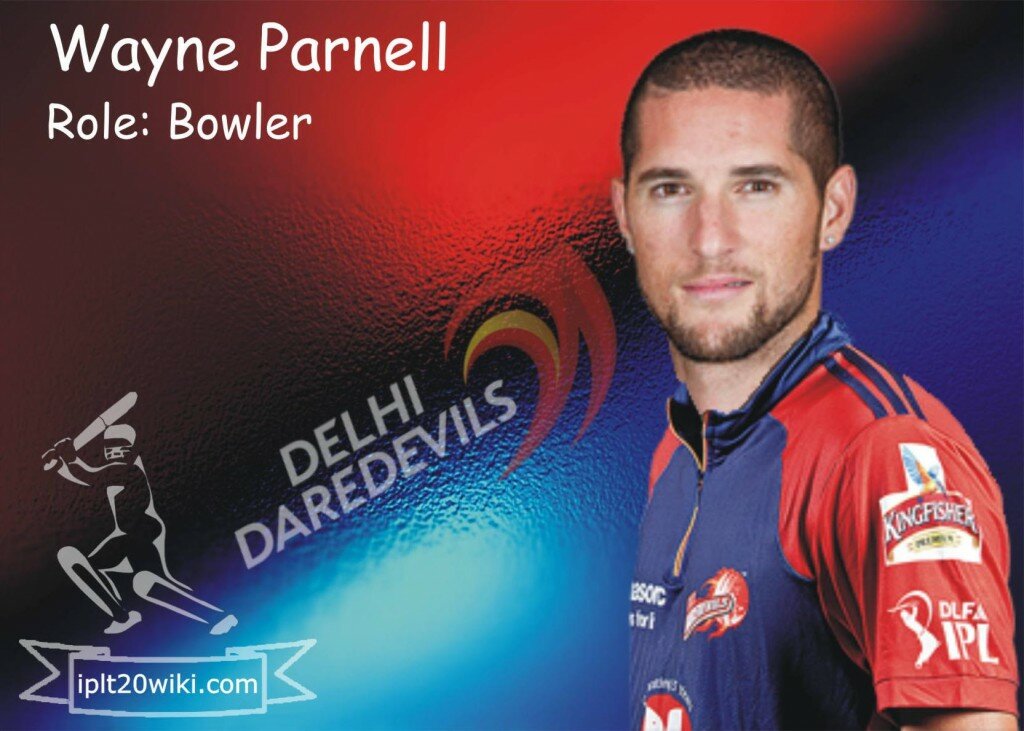 Born on 30th July 1989, Wayne Parnell is an South African international cricketer who plays Tests, One Day International and Twenty20 matches for South Africa. He also plays in the Indian Premiere League.

In last season he just featured in 4 matches where in he took 6 wickets at an average of 22.83.

In the players auction for IPL 2014, he was bought by Delhi Daredevils for Rs. 1 Crores.