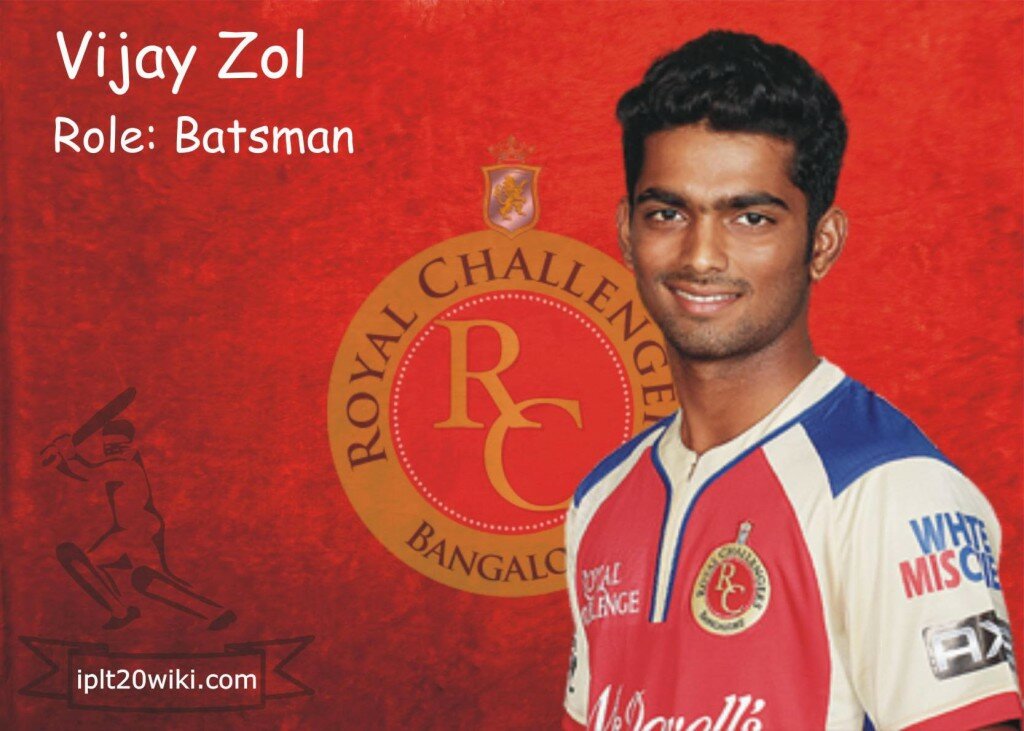 Born on 23rd November 1994, Vijay Hari Zol is an Indian cricketer who plays for Maharashtra is the domestic cricket. He is a left-handed middle-order batsman.

He is also a member of India Under-19 cricket team.

This 18-year-old is the youngest member of the Royal Challengers Bangalore line-up. The teenager from Maharashtra made headlines when he scored an unbeaten 451 for his state U-19 team against Assam in the Cooch Behar Trophy.

Vijay Zol idolises Virender Sehwag and tries to emulate his batting style. He is a powerful striker of the cricket ball.

He was signed by the Royal Challengers Bangalore ahead of IPL 2012 however he is yet to play his first IPL game.

One again in players auction for IPL 2014, he was bought by RCB team, this time around for Rs. 30 lakhs.

We hope that he gets a chance to play for the team in IPL 2014 and can perform well.