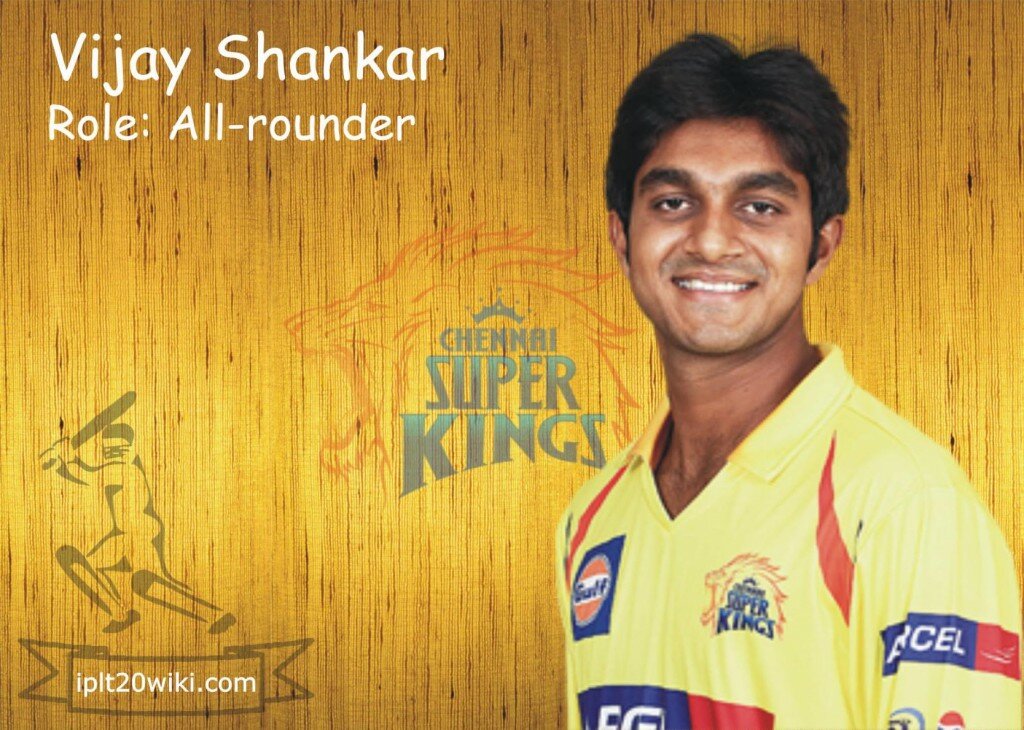 Born on 26th January 1991, Vijay Shankar is a domestic cricketer who plays for Tamil Nadu in the domescti cricket.

A lower-order batsman and off-break bowler, this 22 year-old all-rounder is a novice at the first-class level. He debut for Tamil Nadu in the 2012-13 Ranji Trophy in which he played three matches. After a fifty in his maiden first-class innings, Shankar raised the bar with a century in the following match.

Looking at his performance, Chennai Super Kings was bought in the 2013 IPL Player Auction but he did not get a change to play in the playing eleven.

Once again he was bought by the same franchisee in players auction for IPL 2014 for Rs. 10 lakhs.

Lets hope he gets a chance to play in few matches in IPL 2014.