Sunil Narine is a Trinidadian cricketer who plays for the West Indies in test matches, ODI’s and T20 matches. He also plays in Indian Premier League.

Primarily an off-spin bowler, he is also a left-handed batsman who can bat lower down the order and score some useful runs for his team.

Sunil Narine was picked up by Kolkata Knight Riders IPL team after a successful 2011 CLT20 for Trinidad & Tobago. In the IPL 2012 season, Sunil Narine finished as the Player of the Tournament with 24 wickets at a miserly 5.47 runs per over. Narine was the single most prominent reason for Kolkata Knight Riders IPL triumph. He missed the Purple cap just by 1 wicket in IPL 2012.

He surely looks a strong contender for the Purple Cap once again in IPL 2013. 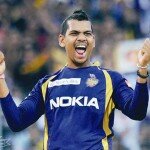 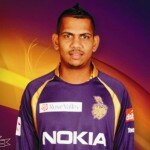 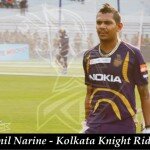 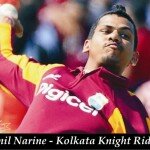 If you are fan of the West Indian Bowler Sunil Narine, then you can set one of these Sunil Narine IPL 2013 Wallpapers on your Desktop, Laptop, iPad or screen of your Mobile Phone.

You can also share these Wallpapers of Sunil Narine with all your friends on Facebook, Twitter, Email, etc and support your favorite IPL team the Kolkata Knight Riders so that they can defend their IPL title in this season.