Steve Smith suffers Back Injury ; Out of IPL 2013 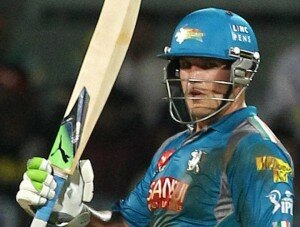 Pune Warriors India (PWI) who is currently struggling at the bottom of the points table of IPL 2013 with just 2 wins from 12 matches so far this season has got a major blow and one of their consistent player Steve Smith has been ruled out of the remaining matches due to back injury.

According to a Cricket Australia (CA) media release, Steve Smith is not likely to be considered for the remaining IPL matches and thus it was best in the player’s interest to return for treatment.

Australian all-rounder Steven Smith is returning home for treatment of a lower back injury.

Cricket Australia said in a statement that Smith has been released by Pune Warriors and he would be returning home for treatment of a lower back complaint in a bid to recover for next month’s Australia A series in England.

“While the injury is minor, Pune respected Smith’s upcoming playing commitments and advised it was best for him to return to Australia for treatment,” the statement said.

Smith has been named vice-captain to Brad Haddin for the Australia A games, which begin on June 7, the Cricket Australia expects him to be fit for the series in England.

“Cricket Australia expects Smith to be fully fit for his upcoming commitments with Australia A, where he will be vice-captain,” the statement added.

Steve Smith is the leading run getter for the Pune Warriors India team so far this season scoring 161 runs at an average of 39.75.