IPL 7 Match LIVE Today : The 36th match of the Season 7 of the Indian Premier League will be played between SunRisers Hyderabad (SRH) and Mumbai Indians (MI) on 12th May 2014 at the Rajiv Gandhi Cricket Stadium, Hyderabad.

If they want to reach the play-offs of the tournament, Mumbai Indians have to any how win almost all the remaining matches to be played this season.

In the earlier encounter of the two teams this season in UAE, SunRisers Hyderabad beat Mumbai Indians by 15 Runs.

Prior to the start of the season, Mumbai Indians (MI) and SunRisers Hyderabad (SRH) had played 2 times against each other.

Both the teams managed to win on one occasion. 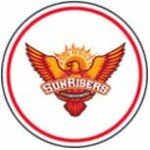