Poll : Should Pepsi pull out of IPL ? 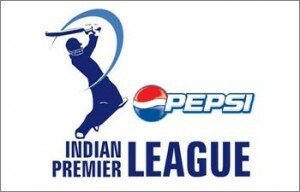 After the ongoing spot fixing scandal in the World’s “Richest Cricket Tournament” – Indian Premier League (IPL) is getting massive with each passing day, there are now reports in media that PepsiCo the title sponser of IPL for next five years, mulls pulling out of IPL.

PepsiCo had won the title sponsorship rights for an eye-popping Rs. 396 crore for five years starting 2013, nearly double of what previous rights holder DLF had paid in 2008.

Pepsi had sponsored the IPL for the words one would associate with the IPL like young, exciting, fast-paced, vibrant, thrilling, action, dramatic, and so on – all words that Pepsi (and, indeed, any beverage) would pay good money to be associated with ; but now after the spot-fixing saga in IPL, those words are not in the lexicon when one speaks of the IPL. Now the words one hears and sees (in media and in social conversations) are: fixing, bribes, sleaze, corruption, criminal, arrest, jail, bail, lawyer, police, investigation, misuse of power, arrogance, escorts and greed.

Now we are asking readers - Should Pepsi pull out of IPL ?

Should Pepsi pull out of the IPL

Hurry Up ! Vote now…vote for your favorite team and show your support…. Poll gets over on May 31 @ 9.00 pm IST