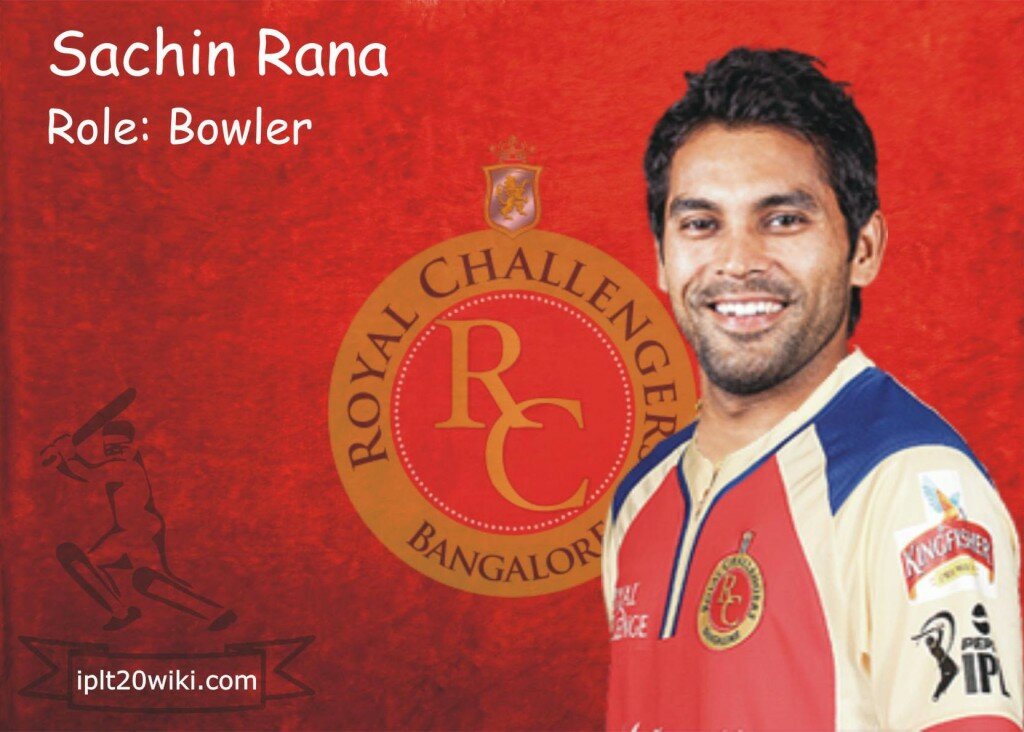 Born on 18th September 1984, Sachin Rana is an Indian domestic cricketer who plays for Haryana in the domestic cricket. He also plays in the Indian Premier League (IPL).

Sachin Rana is a bowling all-rounder who bowls right arm fast medium and bats lower down the order. He is a right-handed batsman.

He was the part of Kolkata Knight Riders in IPL 2009, but did not get a chance to play in any match. Later on he was bought by Pune Warriors Indian ahead of the IPL 2011 and got to play only in 2 matches.

In IPL 2013 he played for Sunrisers Hyderabad, but got only 2 matches to play.

In players auction for IPL 2014, he was bought for Royal Challengers Bangalore for Rs. 20 lakhs.

Lets hope that he gets more chances to play this year in IPL and he plays well for the team.