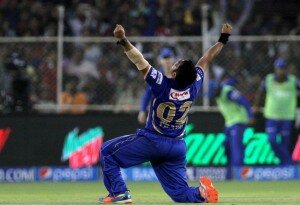 Having won the toss at the Motera Stadium in Ahmedabad, Kolkata Knight Riders elected to field first.

Rajasthan Royals had a good start with Ajinka Rahane and Karun Nair playing well. Once a solid platform was laid, Sanju Samson and Shane Watson carried it forward and the team reached a score of 170/6 in their 20 overs. Karun Nair was the highest scorer with 45 from 35 balls.

Chasing this big score Kolkata Knight Riders had a good start with both openers playing well. They had a hundred run partnership for the first wicket. Robin Uthappa scored 65 runs of 52 balls while Gautam Gambhir scored 54 runs of just 34 balls. But as soon as Gambhir got out the batting lineup collapsed with the team loosing 6 wickets in just 8 balls and Pravin Tambe taking first hat-trick of IPL 2014. They could never recover from that shock and in the end ended their innings on score of 160/6

Pravin Tambe has been named the Man Of The Match for his spectacular bowling performance. 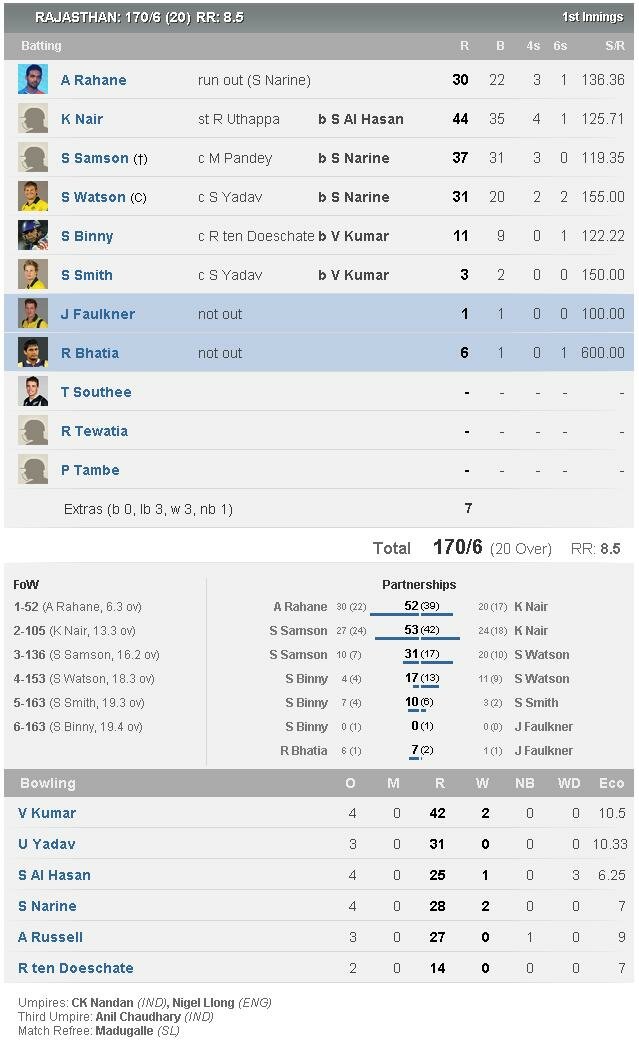 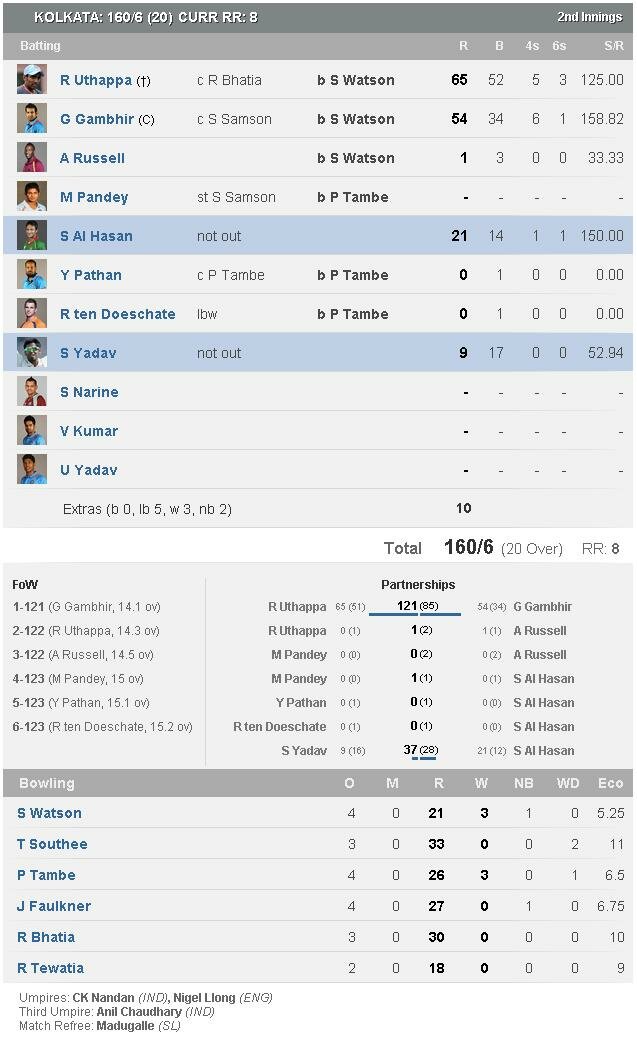