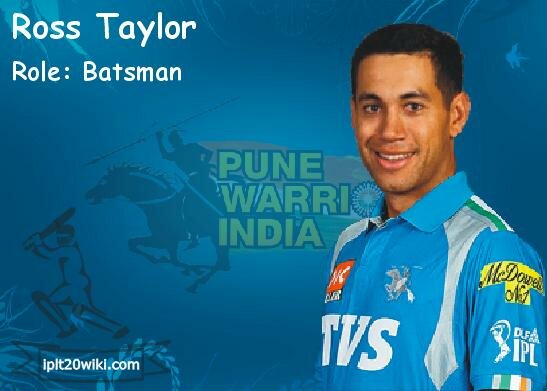 In the first three seasons of the IPL, from 2008 to 2010 he played for Royal Challengers Bangalore. Then in 2011 he played for the Rajasthan Royals team and was transferred to the Delhi Daredevils prior to IPL 2012.

A powerful striker of the cricket ball, Taylor has given ample evidence of his scoring abilities in the IPL seasons played so far.