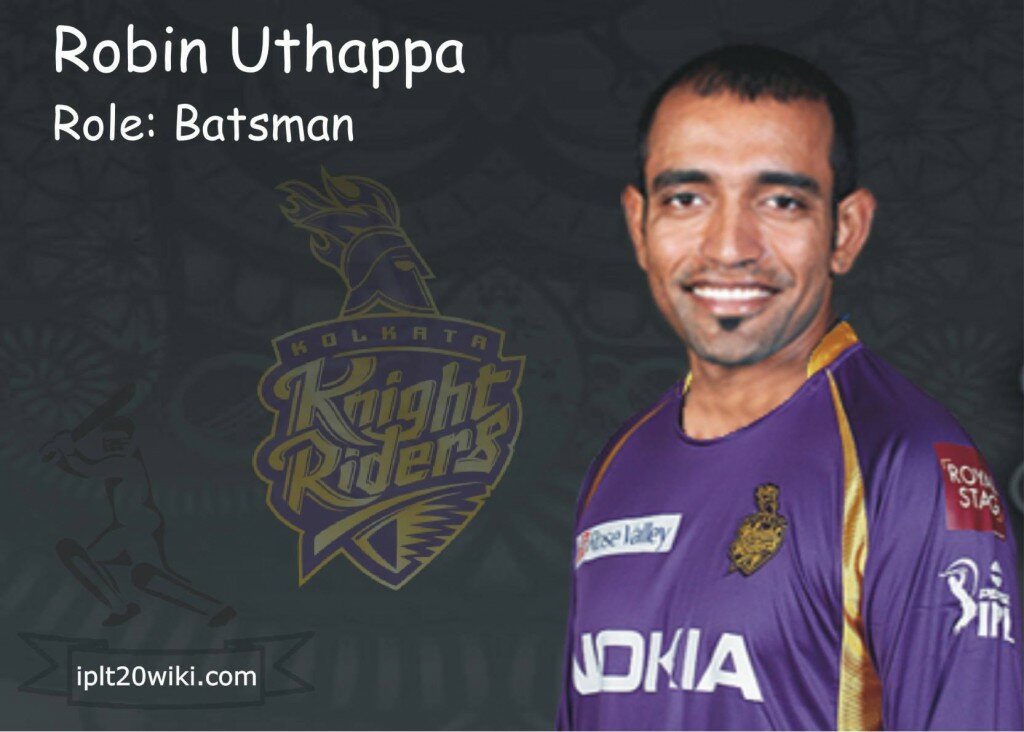 Born on 11th November 1985, Robin Uthappa is an Indian international cricketer. He plays for Karnataka in the domestic cricket. He also plays in the Indian Premiere League.

He is a utility cricketer who has batted in various positions. He is also an outstanding fielder, a reliable wicketkeeper and can even bowl slow medium pace.

In the inaugural edition of the IPL in 2008 he was signed by the Mumbai Indians IPL team. Later on he played with the Royal Challengers Bangalore team from 2009 to 2010.

In players auction for IPL 2014, he was bought by Kolkata Knight Riders for Rs. 5 Crores.