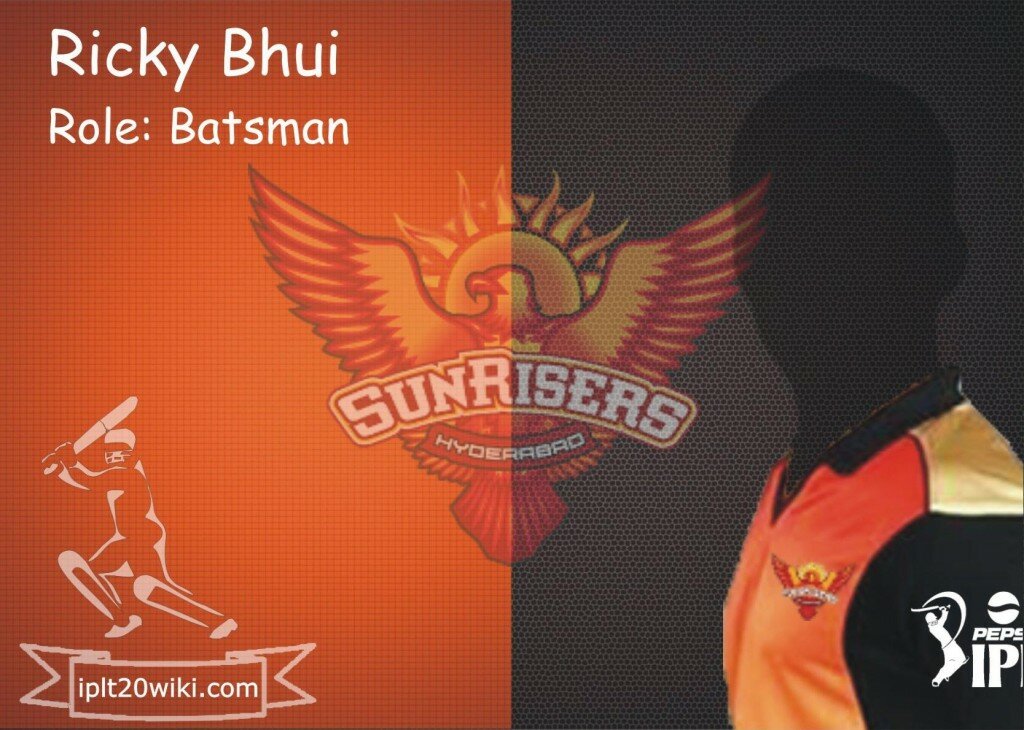 Born on 29th September 1996, Ricky Bhui is an Indian cricket who plays for Andhra Pradesh in the domestic cricket.

Ricky Bhui made his first-class debut for Andhra Pradesh in the 2013-14 Ranji Trophy. He also also been part of the India Under-19 team in the ICC U-19 World Cup which recently concluded in UAE.

Ricky Bhui is a right-handed batsman and occasional right-arm leg break googly bowler. He is mainly a middle-order batsman.

He will be making his IPL debut this year. He has been bought by the SunRisers Hyderabad team in players auction for IPL 2014 for Rs. 10 lakhs.