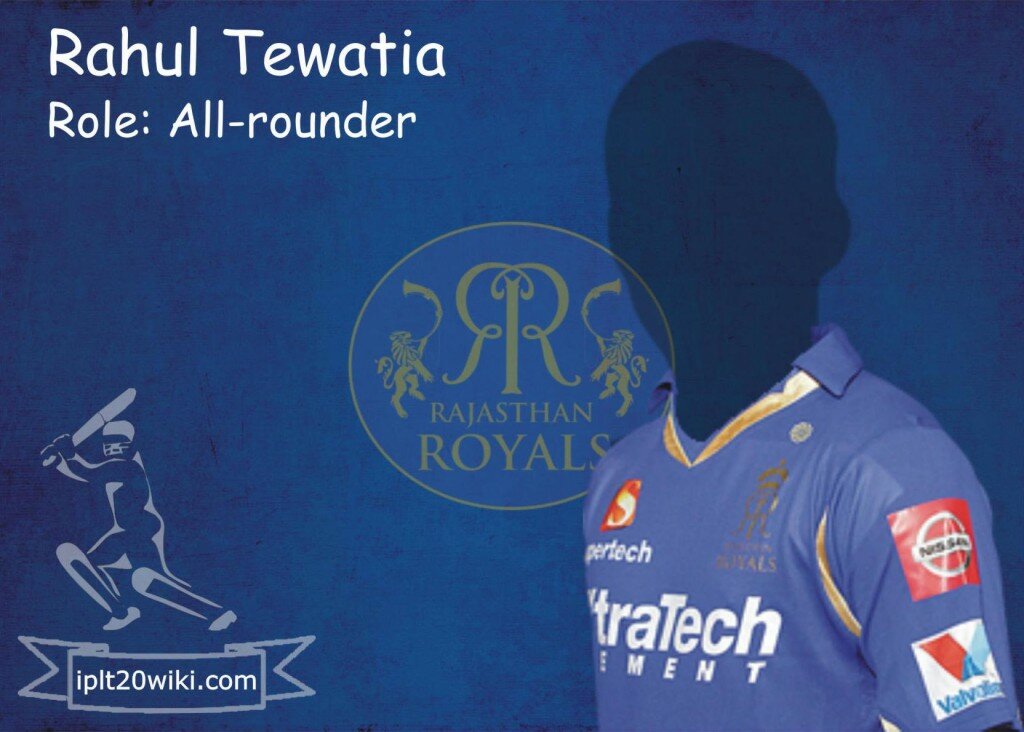 Born on 20th May 1993, Rahul Tewatia is a left-arm spinner from Haryana. He has represented his state side in one first-class match and also plays club cricket for ONGC.

He will make his IPL debut this season playing for Rajasthan Royals.

In players auction for IPl 2014, he was bought by Rajasthan Royals for Rs. 10 lakhs.

Lets hope that Rahul Tewatia gets a chance to play in few matches in his debut IPL season and he plays well as this turn to be a good platform for launching his cricketing career.