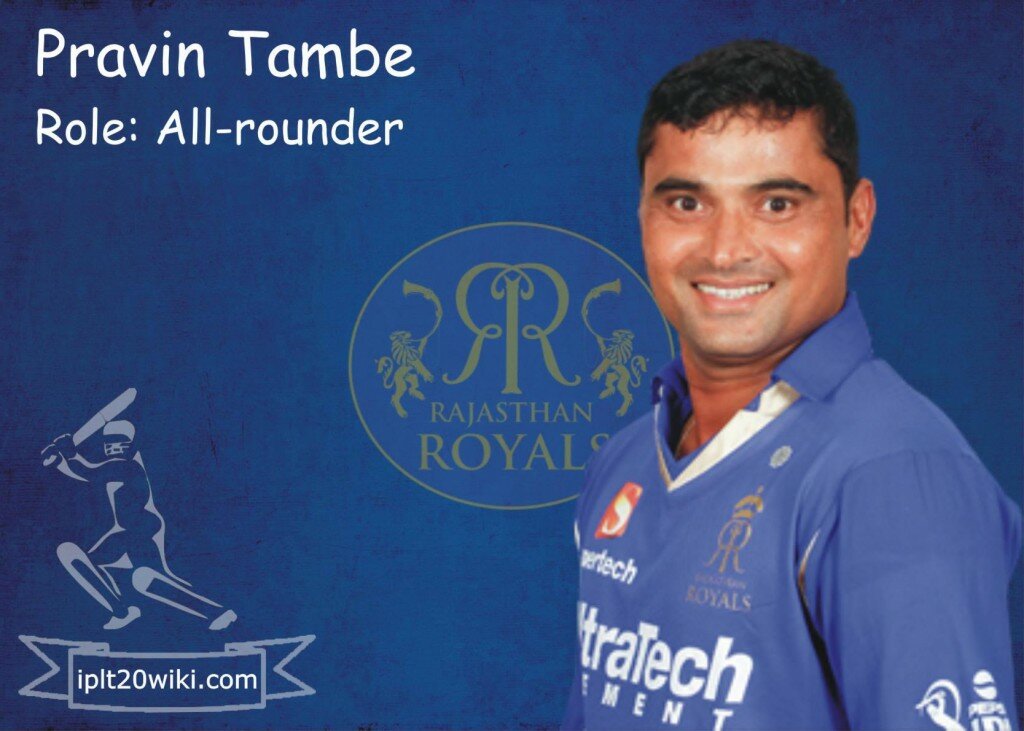 Born on 8th October 1971, Pravin Tambe is an spin all-rounder from Mumbai. At an age of 41 he was picked by the Rajasthan Royals ahead of IPL 2013 as a surprise package.

Currently Pravin Tambe captains the DY Patil Sports Academy B team in Navi Mumbai. The club cricket veteran is a highly-regarded leg-spinner and a useful middle-order batsman. Tambe’s cricketing career received a late fillip when he was called up by Mumbai for the 2013 Vijay Hazare Trophy.

In players auction for IPL 2014, he was bought by Rajasthan Royals for Rs. 10 lakhs.

Once again Pravin Tambe will play for Rajasthan Royals in IPL 2015.