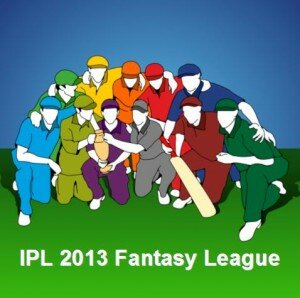 You have been a spectator, a cheerleader, a critic, a commentator.
NOW by playing IPL 2014 Fantasy Game
You can Feel what it is to be an owner of an IPL Team.

IPL has a game known as IPL Fantasy League in which you can own a game team and its player and play matches with other team/s which for you own few points. The person who owns maximum points will be awarded at the IPL finals or at the closing ceremony.