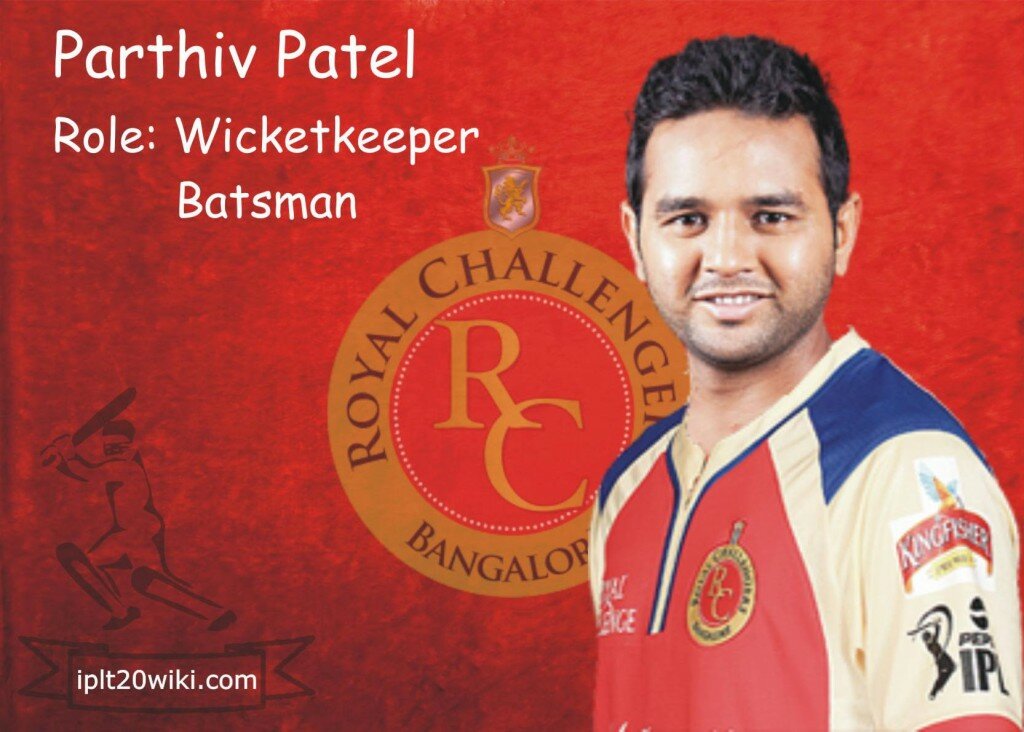 Born on 9th March 1985, Parthiv Patel is an Indian cricketer, wicketkeeper-batsman, and a former member of the Indian national cricket team.

He plays for Gujarat in the domestic cricket. He also plays in the Indian Premier League.

This wicketkeeper-batsman first came into prominence when he made his Test debut against England at the age of 17 back in 2002. Since then, he has regularly been in contention for a spot in the Indian team. The 28-year-old left-hander, who has been impressive with the bat in one-day cricket, was signed by the Chennai Super Kings for the first three seasons of the IPL.

He moved to Kochi Tuskers Kerala for IPL 2011 before being bought by the Deccan Chargers at the IPL Player Auction 2012. He played the 2013 season under the Sunrisers Hyderabad banner.

In six IPL seasons played so far, Parthiv Patel has played in 67 matches scoring 1206 runs at an average of 20.79.

In players auction for IPL 2014, he was bought by the Royal Challengers team for Rs. 1.4 Crore.