One of the most successful bowler in international cricket, Muttiah Muralitharan of Sri Lanka has picked up 1347 wickets in his international career (800 in test matches, 534 in ODI’s and 13 in T20 matches).

Muttiah Murali has an unorthodox action for an off-spinner; he uses more of his rubber-like wrists than his fingers, and gets the ball to turn on almost all surfaces.

Athought he has retired from international cricket few year back, he still continues to play in the Indian Premier League (IPL).

In the the players auction for IPL 2012 he was bought by the Royal Challengers Bangalore team for US $220,000 and continues to play for them. 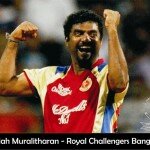 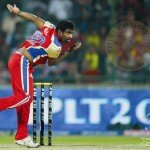 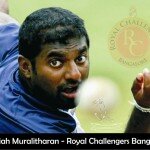 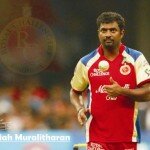 If you are fan of Muralitharan, then you can set these Muttiah Muralitharan IPL 2013 Wallpapers on your Desktop, Laptops or screens of your Mobile Phone.

You can also share these Wallpapers of Muttiah Muralitharan, the leading Wicket taker bowler in the world and part of the Royal Challengers Bangalore IPL team with all your friends on Facebook, Twitter, Email, ….