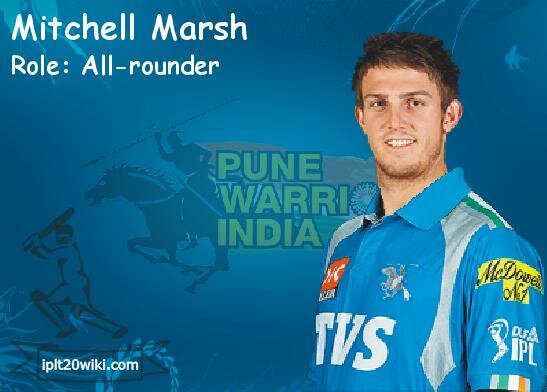 At 17, Mitchell Marsh became the youngest Australian ever to play in their domestic one-day competition, and was also Western Australia’s youngest debutant for above 70 years.

He is a middle order batsman who bats right-handed and is a medium fast bowler.

In 2010 he was picked up by the Deccan Chargers. He made his IPL debut in 2010 playing against Royal Challengers Bangalore.

In the 2013 IPL season he will once again play for the Pune Warriors India team.