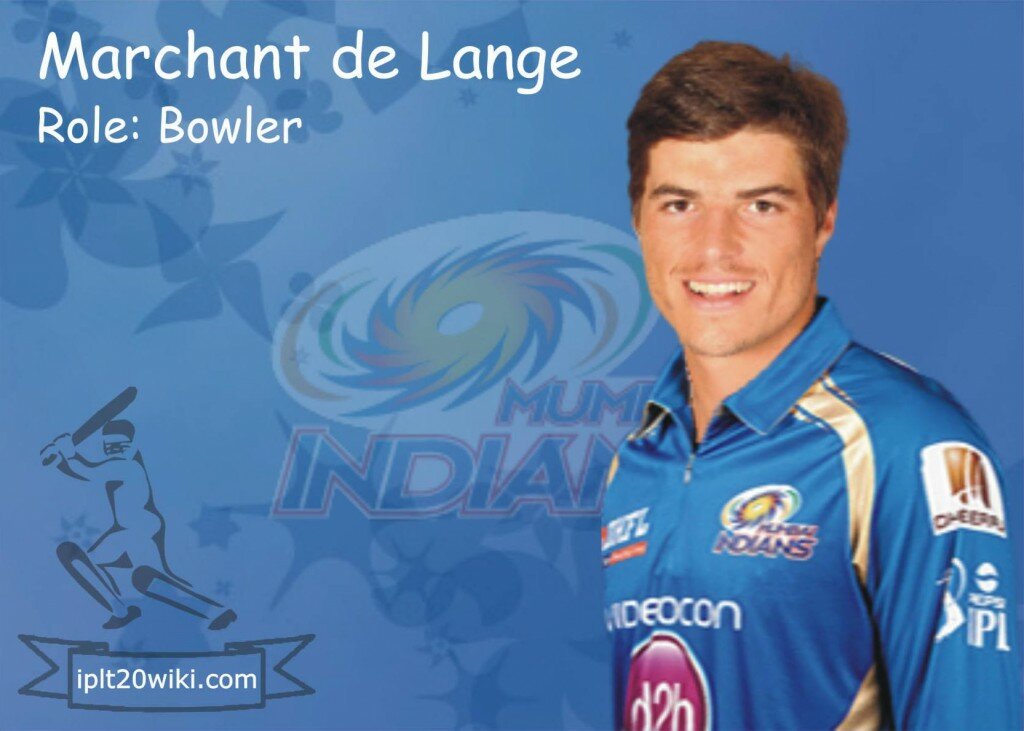 Born on 13th October 1990, Marchant de Lange is a South African Cricketer who has represented South Africa in 2 Test matches and one ODI match.

Marchant de Lange is a tall right-arm fast bowler with an ability to gain swing and accuracy. He made his first-class debut in September 2010 and has taken 87 wickets at a strike-rate of just under 47. The 23-year-old went on to take seven wickets for 81 runs in an innings against Sri Lanka in his debut Test in December 2011.

He had featured in IPL 2012 playing for Kolkata Knight Riders. But in that season he got a change to play only 3 matches in which he took 3 wickets at an average of 35.66.

Lets hope that he gets chance to play in few matches for Mumbai Indians in IPL 2014.