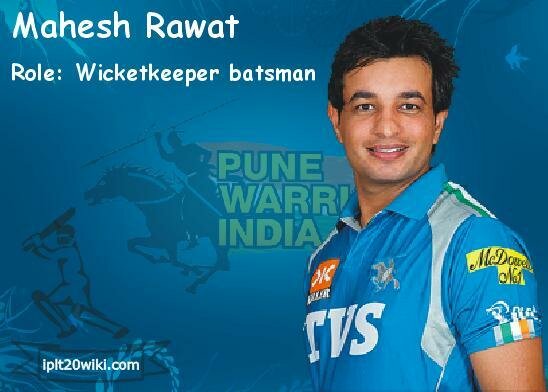 Born on 25th October 1985, Mahesh Rawat is an Indian cricketer who plays for Railways in the Ranji Trophy. He also plays in the Indian Premiere League.

This 27-year-old, who used to play for Haryana, has been on the domestic circuit for almost a decade now.

A reliable gloveman and a handy batsman – with five first-class centuries to his name – Rawat played for the Rajasthan Royals in the first couple of seasons of the IPL.

He made his IPL debut in 2008 playing for the Rajasthan Royals team. From 2012 he is associated with Pune Warriors India team.

Once again in the IPL 2013 season he will play for Pune Warriors India.