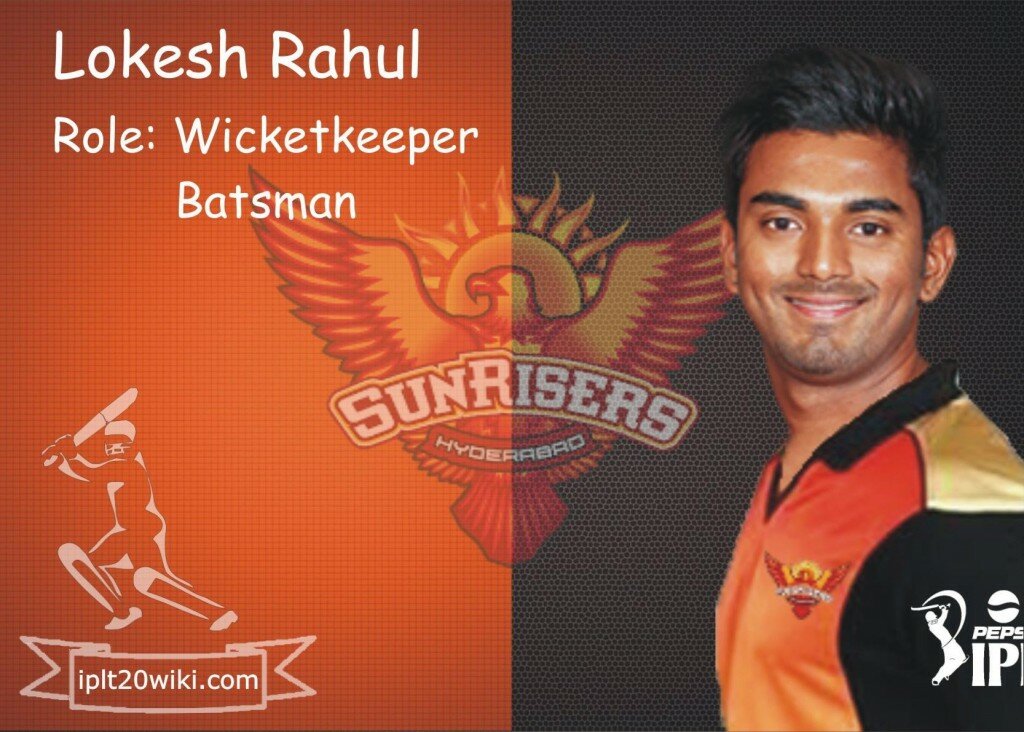 Born on 17th November 1986, Kannaur Lokesh Rahul (KL Rahul) is an Indian cricket who plays for Karnataka in the domestic Cricket.

Lokesh Rahul was part of India’s Under-19 team for the 2010 World Cup in New Zealand. The 21-year-old wicketkeeper-batsman from Bangalore came to prominence with his fine performance for the Bangalore Brigadiers in the Karnataka Premier League.

In IPL 2013 he played for the Royal Challengers Bangalore. In 5 matches played last season he managed to score just 20 runs.

In players auction for IPL 2014, he was bought by the SunRisers Hyderabad team for a whooping 1 Crore Rupees.

Lets hope that he can prove his potentials in IPL 2014 playing for the SunRisers Hyderabad team.