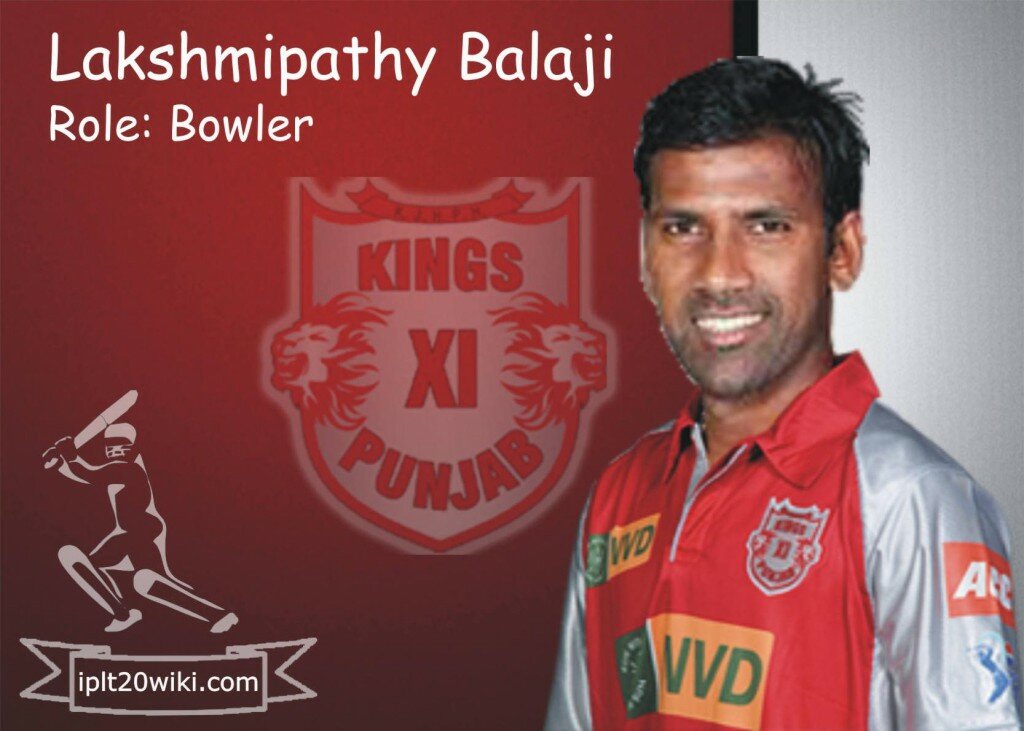 Born on 27th September 1981, Lakshmipathy Balaji is an Indian international cricketer. He plays for Tamil Nadu in the Ranji Trophy domestic cricket. He also plays in the Indian Premiere League.

He is a right arm fast medium bowler.

His open-chested action, combined with a tendency to bowl wide from the crease, lulls batsmen into believing that the ball will come in with the arm.

In the first three seasons of the Indian Premiere League (IPL) from 2008 to 2010 he was playing for the Chennai Super Kings.

In players auction for IPL 2014, he was bought by Kings XI Punjab team for Rs. 1.8 Crores.