Having won the toss at the Eden Garndens in Kolkata, Kings XI Punjab elected to field first.

Kings XI Punjab lost the wicket of Virender Sehwag early.Manan Vohra and Wriddhiman Saha had a good partnership. The middle order failed with Glenn Maxwell, David Miller and Akshar Patel failing to score runs. In the end Kings XI Punjab ended their innings on 135/8 loosing the match by 28 runs.

Umesh Yadav was named Man of the Match for his brilliant bowling performance. 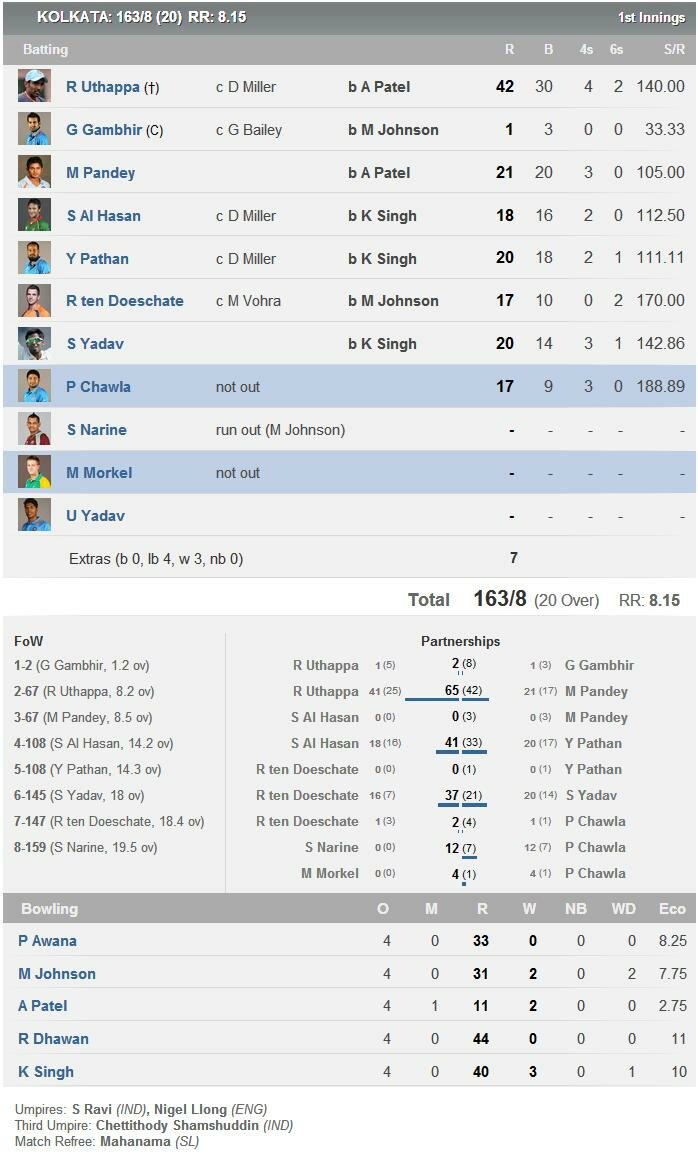