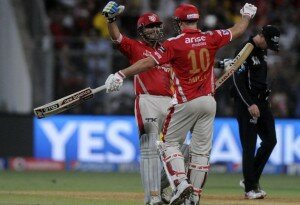 Having won the toss at the Wankhede Stadium in Mumbai, Chennai Super Kings elected to field first.

For Chennai Super Kings, Ashish Nehra picked up two wickets while Ishwar Pandey, Mohit Sharma and Ravichandran Ashwin picked up one wicket each.

Chasing this very big total, Chennai Super Kings lost wickets of Dwayne Smith and Francois du Plessis early, but Suresh Raina played brilliantly. He scored 87 runs of just 25 balls. In his innings he hit 12 fours and 6 sixes. He and not only eased the pressure but also scored at a brisk pace bring the required runrate under control. But after Suresh Raina got out, few wickets well and the required run rate went on rising. In the end Chennai Super Kings reach 202/7 in their 20 overs loosing the match by 24 runs.

Virender Sehwag was named Man of the Match for his brilliant bowling performance. 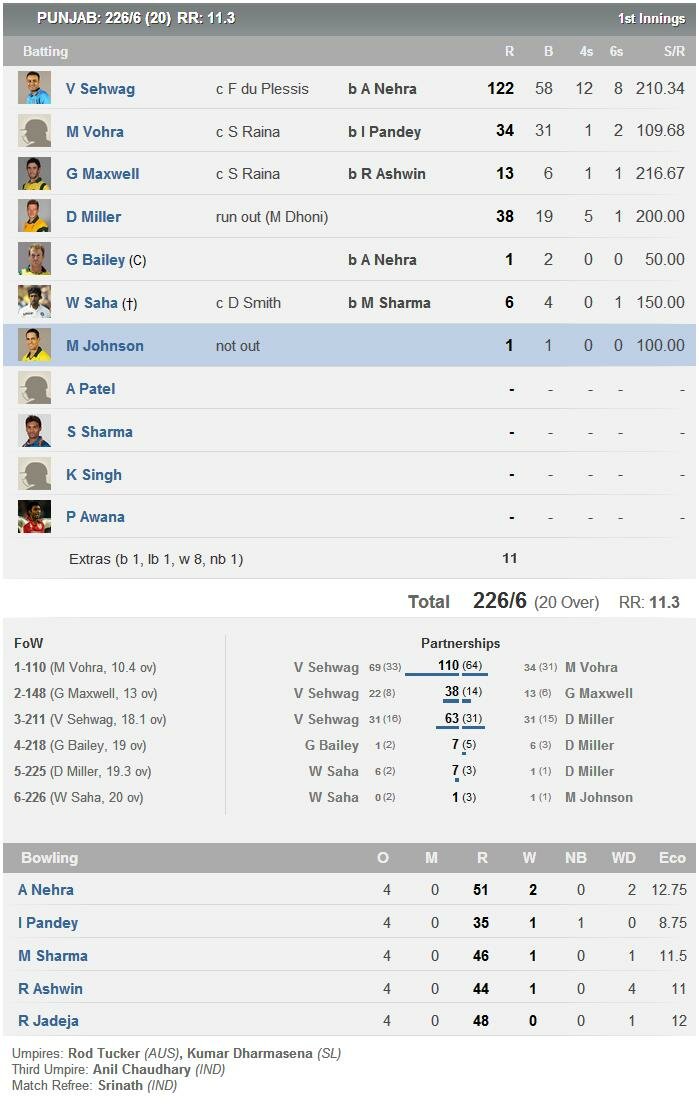 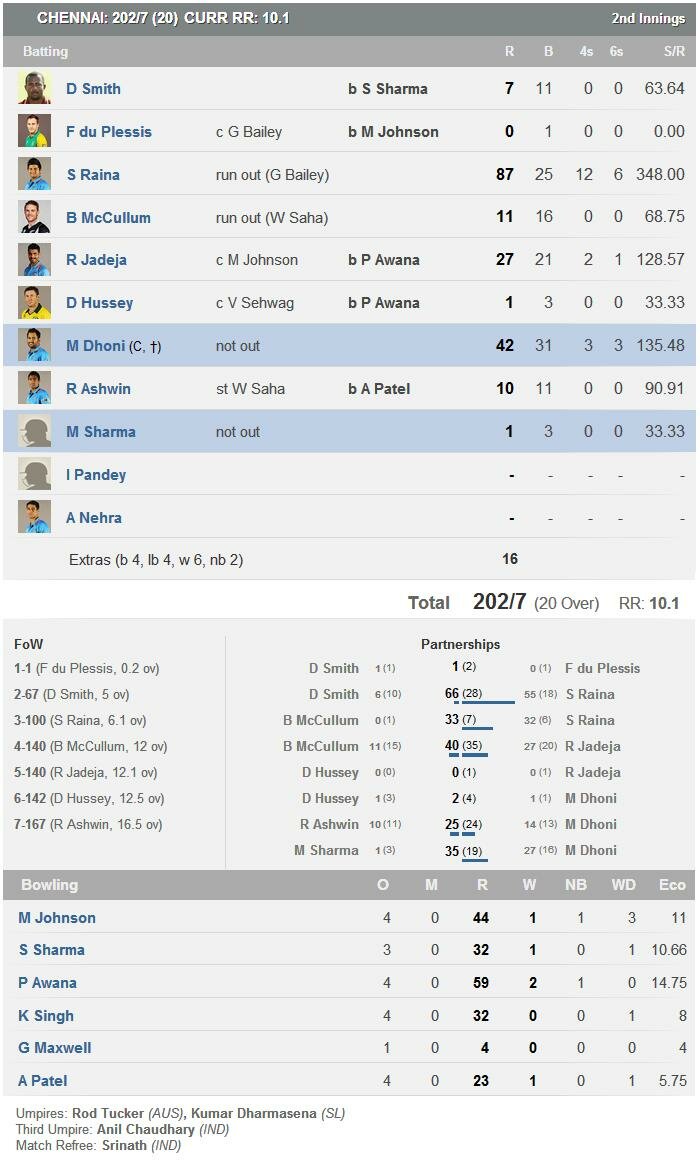