An aggressive all-rounder, Kieron Pollard does medium-fast pace bowling and big-hitting in the middle-order. He is considered to be one of the important player of the Mumbai Indians team. He is often considered to be a match winner for the team.

He made his IPL debut in the 2010 season when he was bought by Mumbai Indians. Infact he was the joint highest paid player in the 2010 Indian Premier League.

Once again we will see Pollard LIVE in action in Pepsi IPL 2013 playing for Mumbai Indians. 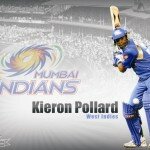 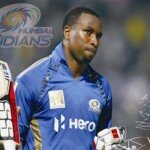 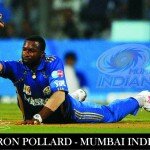 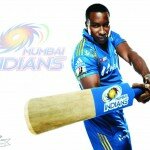 You can set these Kieron Pollard IPL 2013 Wallpapers on your Desktop  Laptops or screens of your Mobile Phone.