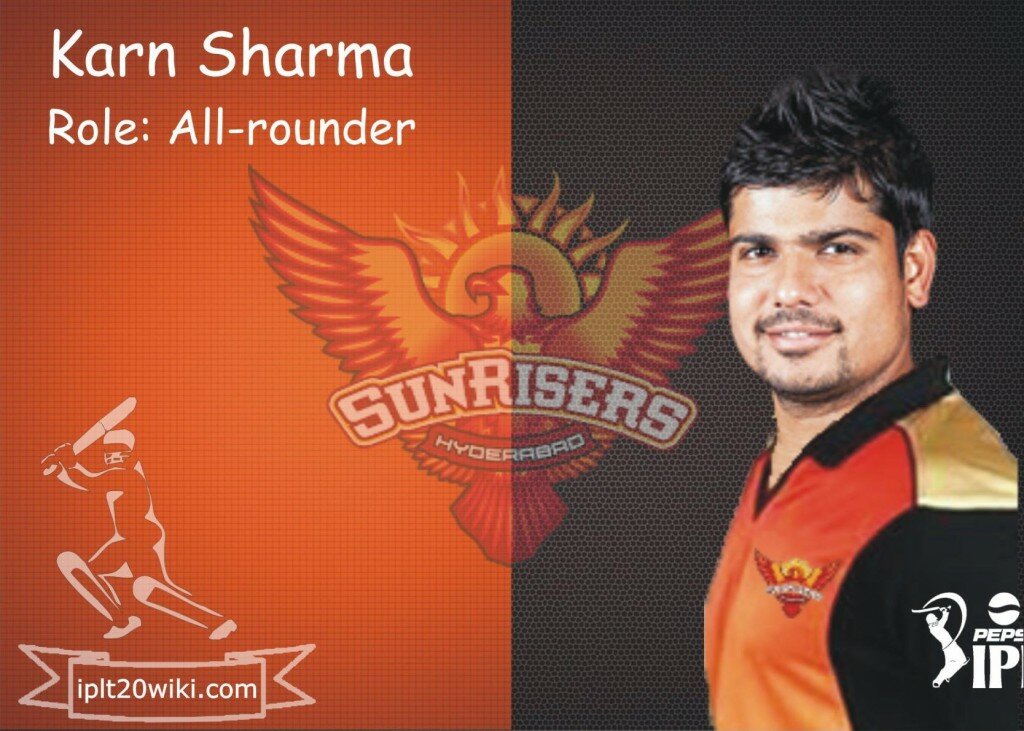 Karan Sharma is a left-hand batsman and handy googly bowler.

Karan Sharma was part of the Royal Challengers Bangalore squad in IPL 2009 but did not get a chance to play.

In IPL 2013 he was bought by Sunrisers Hyderabad for IPL 2013 but did not get a cnage to make his IPL debut.

Surprisingly in players auction for IPL 2014, he was bought by Sunrisers Hyderabad for Rs. 3.75 Crore.

Lets hope that he gets a chance to make his IPL debut and plays well for the team in IPL 2014.