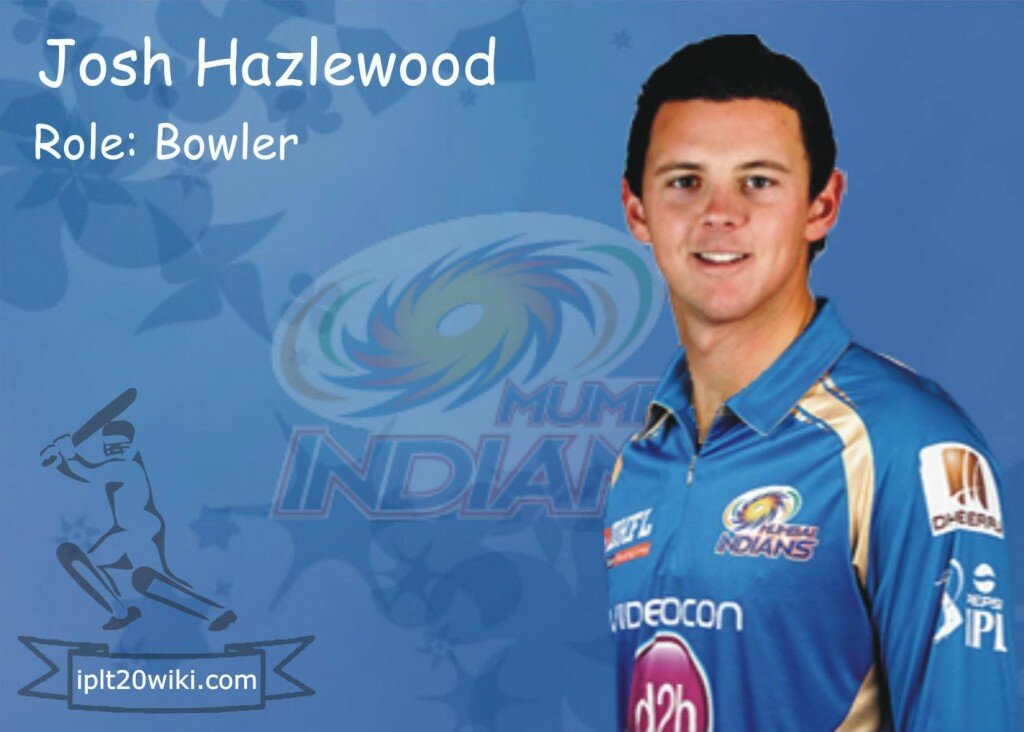 Born on 8th January 1991, Josh Hazlewood is an Australian cricketer who plays for New South Wales and Australia.

A right arm fast bowler, he has also played for Australia Under-19s and was the youngest member of Australia’s squad for the 2008 Under-19 World Cup.

In players auction for IPL 2014, he has been bought by Mumbai Indians for Rs. 50 lakhs.

Lets hope that he performs well in his debut IPL season this year playing for the defending IPL Champions.