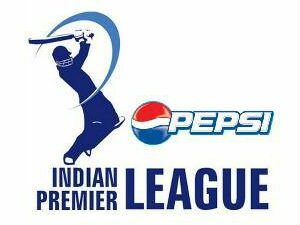 Season 7 of Indian Premier League (Pepsi IPL 2014) is around the corner and advertisers are jumping on to the IPL bandwagon.

Vodafone will be the co-presenting sponsor, along with Pepsi. The tournament will be broadcast on SET Max and Sony Six from April 16. Rohit Gupta, president, MSM, confirmed the names, saying some more advertisers were expected to come on board as associate sponsors.

Typically, there are eight or nine on-air associate sponsors for the IPL; three have been announced. Perons persons in the know said the broadcaster was talking to Samsung, Karbonn, Micromax and Panasonic. All the four have associated with IPL as on-air sponsors in the past and understand its strengths, the sources said.

Sponsorship rates for each 10-second spot are around Rs 4 lakh, said media planners who are part of the negotiations for advertisers. Spot buyers would have to pay nearly Rs 1 lakh more, with rates pegged at Rs 4.75-5 lakh for 10 seconds.

Besides consumer goods, some of the other categories expected to be prominently highlighted this year on IPL are telecom, automobiles, mobile handsets, consumer electronics and e-commerce. Gupta says this is the first time e-commerce companies have shown such a high level of interest in IPL.

Amazon is the first e-tailer to come on board as an associate sponsor. Manish Kalra, head, integrated marketing, Amazon India, says: “Our target customers around the country would be watching IPL with interest. We want to engage with this audience; hence, our association with IPL.” Amazon, looking to take on competitors such as Flipkart, is expected to break its television campaign during IPL. Its print campaign was launched last week in key newspapers.