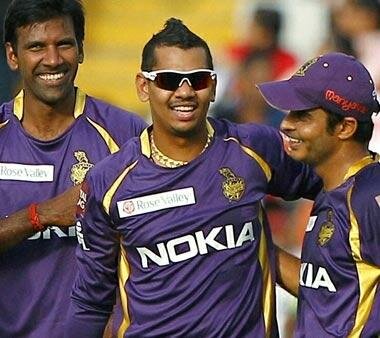 Today in the 20th Match of IPL 2013 the  ‘mystery spinner’ from the Caribbean, Sunil Narine took the first-hat-trick on the season for his team Kolkata Knight Riders against Kings XI Punjab at the PCA Stadium in Mohali.

Sunil Narine took the wickets of David Hussey, Azhar Mahmood and Gurkeerat Singh in his three successive deliveries of his second over to leave KXIP reeling at 99 for six in the 15th over.

This was the 10th hat-trick in the history of IPL so far.

Please find below the list of hat-trick that have occurred in the history of the Indian Premier League so far.