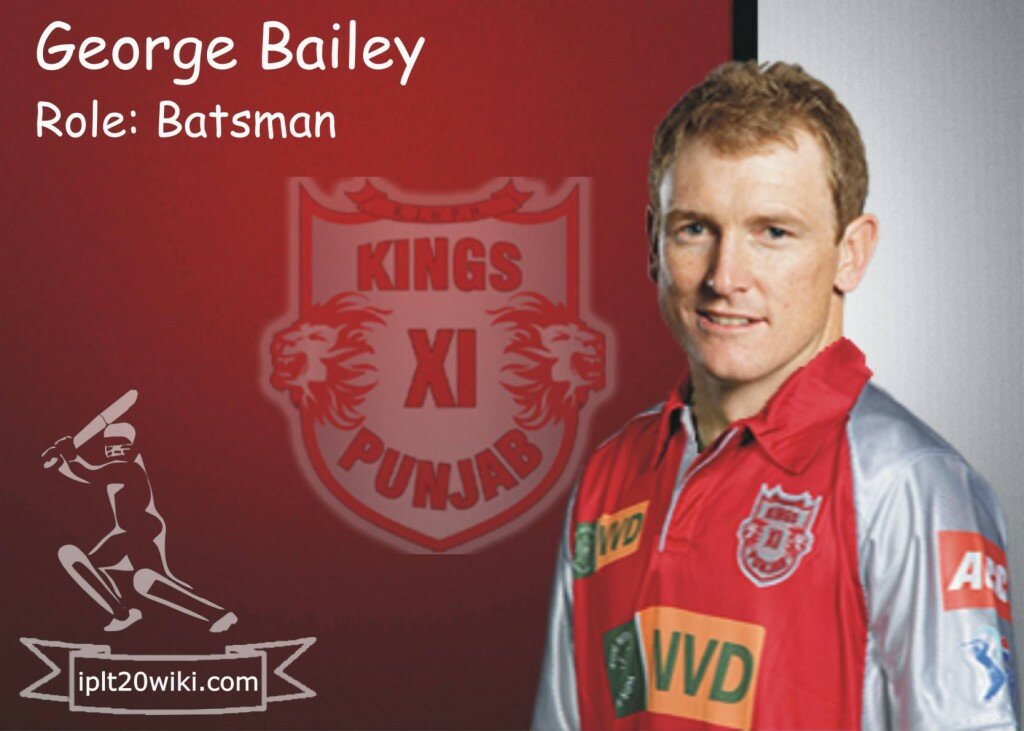 Born on 7th September 1982, George Bailey is an Australian cricketer who plays for Australia in Test matches, ODI’s and T20 matches. He has even led Australia in the limited overs formats. He also represents the Tasmanian cricket team in Sheffield Shield and Ryobi One-Day Cup matches.

He is a right-handed middle-order batsman.

He had been a part of the Chennai Super Kings team in IPL from 2009 to 2012 however he got limited oppurtunites to play for the team.

Lets hope that he can play well this season and lead the team to its maiden IPL title.