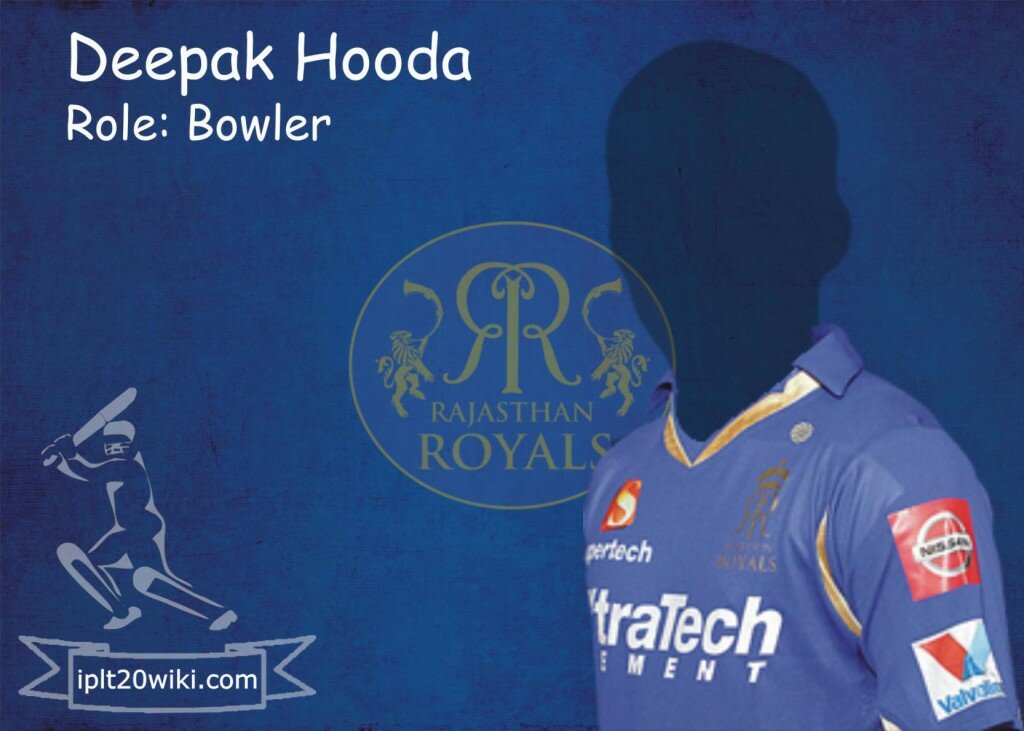 Born on 19th April 1987, Deepak Hooda is an Indian cricketer who plays for Baroda in the domestic cricket.

He is basically a bowling-all rounder – a right-arm off-spinner who can bat in the lower middle order.

He was part of the India U19 team which participated in the recently concluded ICC U19 World Cup in UAE.

Deepak Hooda will be making his debut in IPL this year playing for Rajasthan Royals team. He was bought by the franchise in the players auction for IPL 2014 for Rs. 40 lakhs.

Lets hope that Deepak Hooda plays well for his team in his debut IPL season.