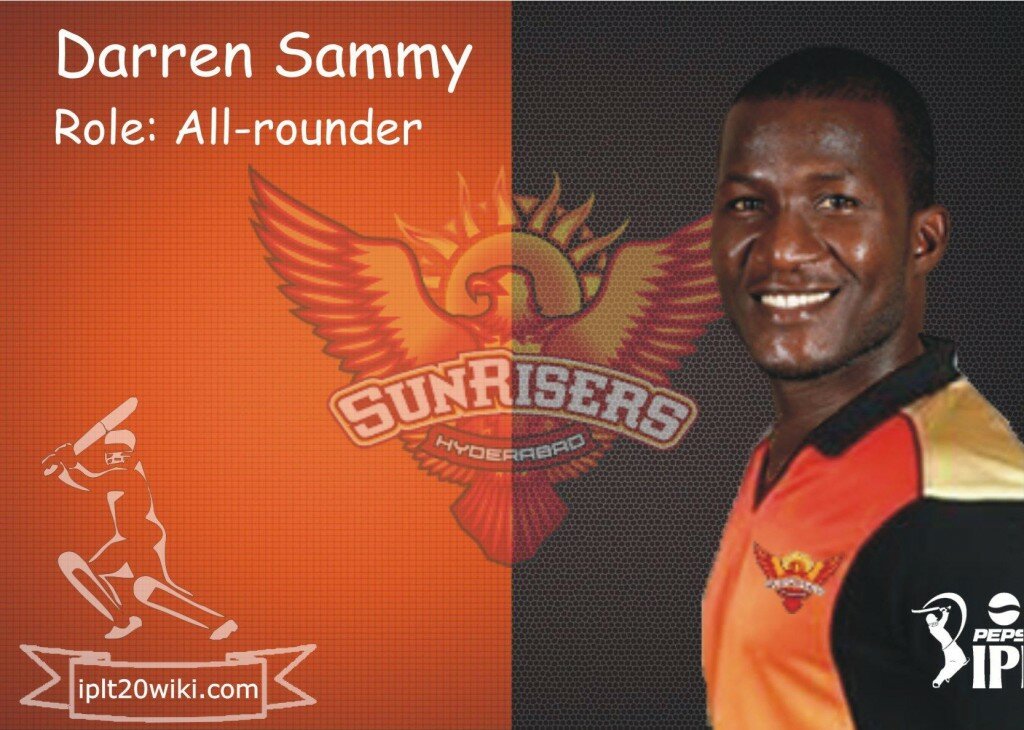 Born on 20th December 1983, Darren Sammy is a Saint Lucian cricketer who plays international cricket for the West Indies and a former captain of West Indies team.

He is a right-handed batsman and a fast-medium bowler.

The first international cricketer from St Lucia, the crowning moment for Sammy came in October 2010 when he became the first cricketer from his Island to be named West Indies captain after Chris Gayle quit West Indies cricket. Under his captaincy West Indies went onto win their first world title since the 1979 World Cup, defeating hosts Sri Lanka in their own back-yard in the 2012 World Twenty20 final is testimony of his leadership qualities.

Darren Sammy has been away from IPL for the first five seasons and he will make his IPL debut this year playing in IPL 2013 for the Sunrisers Hyderabad.

In players auction for IPL 2014, he was again bought by Sunrisers Hyderabad, this time around for Rs. 3.5 Crores.