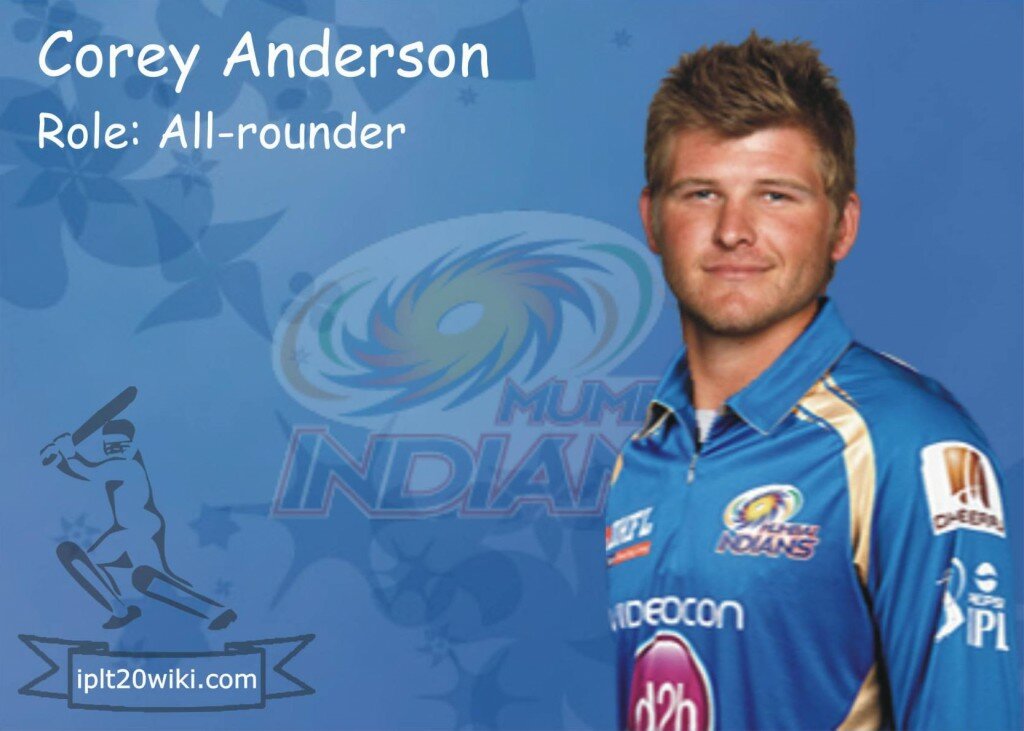 Born on 13th December 1990, Corey Anderson is a New Zealand cricketer who plays for Northern Districts who represents New Zealand in One Day Internationals and Test Matches.

Corey Anderson is basically a all-rounder who is a left-arm hard hitting batsman and a left-arm medium fast bowler.

On January 1, 2014, Corey Anderson shot to fame by becoming the cricketer to score the fastest century in the history of One Day International cricket or any other format of international cricket. Playing against West Indies, he scored his ton in just 36 balls breaking Shahid Afridi’s record of 37 deliveries in 1996 against Sri Lanka. Anderson finished the innings unbeaten on 131 in 47 balls hitting 14 sixes and 6 fours.

In players auction for IPL 2014, he was bought by Mumbai Indians team for Rs. 4.5 Crores.

He will make his IPL debut this year and lets hope that he fires all cylinders to help the Mumbai team in performing well and defending its IPL title.