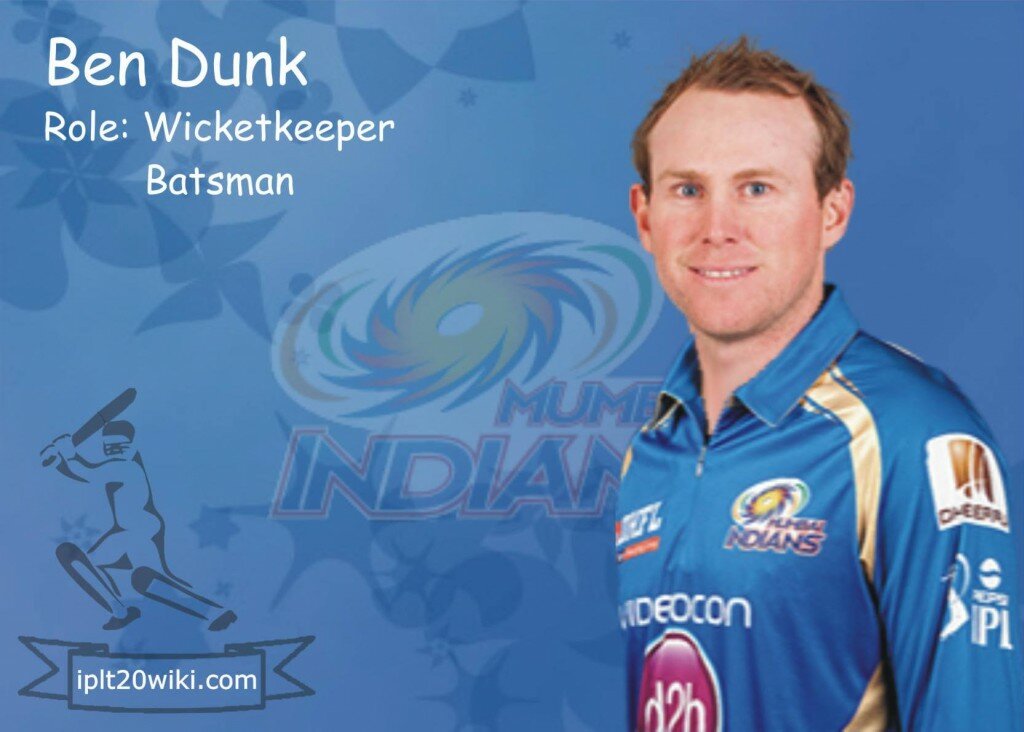 Born on 11th March 1987, Ben Dunk is an Australian cricketer who plays for Tasmanian Tigers and Hobart Hurricanes in the Australian domestic cricket.

He has also represented Sydney Thunder in the Big Bash League.

Ben Dunk is a left-handed wicket-keeper batsman who will make his IPL debut in IPL 2014 playing for Mumbai Indians.

In players auction for IPL 2014, he has been bought by Mumbai Indians for Rs. 20 lakhs.

Lets hope that he gets few chances to play in IPL 2014 for the defending IPL champions.