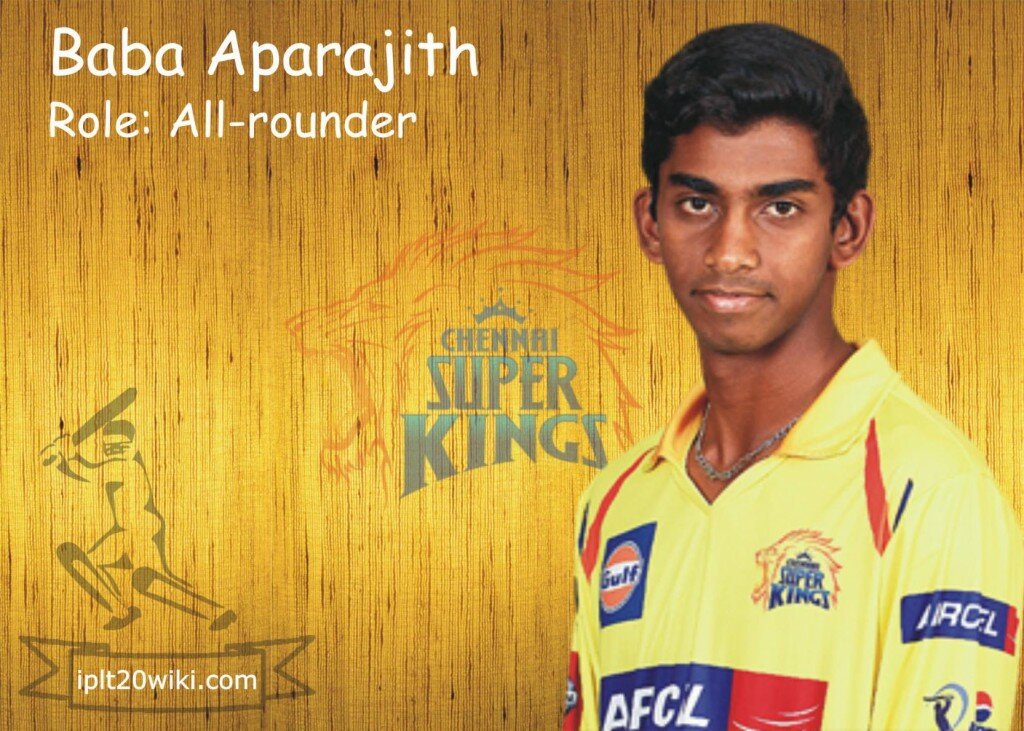 Born on 8th July 1994, Baba Aparajith is a all-rounder cricketer who plays for the India Under-19 cricket team. He also plays first-class cricket for Tamil Nadu.

Baba Aparajith is hard-hitting all-rounder who has the attitude and aptitude for big matches. He is a right hand batsman and offbreak bowler. He is considered to be a batsman who is capable of hitting the cricket ball hard and long and a handy left-arm spinner.

He played a significant role in India’s triumph in 2012 U-19 World Cup.

He was bought by the Chennai Super Kings for IPL 2013 but did not get a chance to make his IPL debut.

In players auction for IPL 2014, he was again bought by Chennai Super Kings for Rs. 10 lakhs.

Lets hope that he gets few chances to play for the team in IPL 2014.