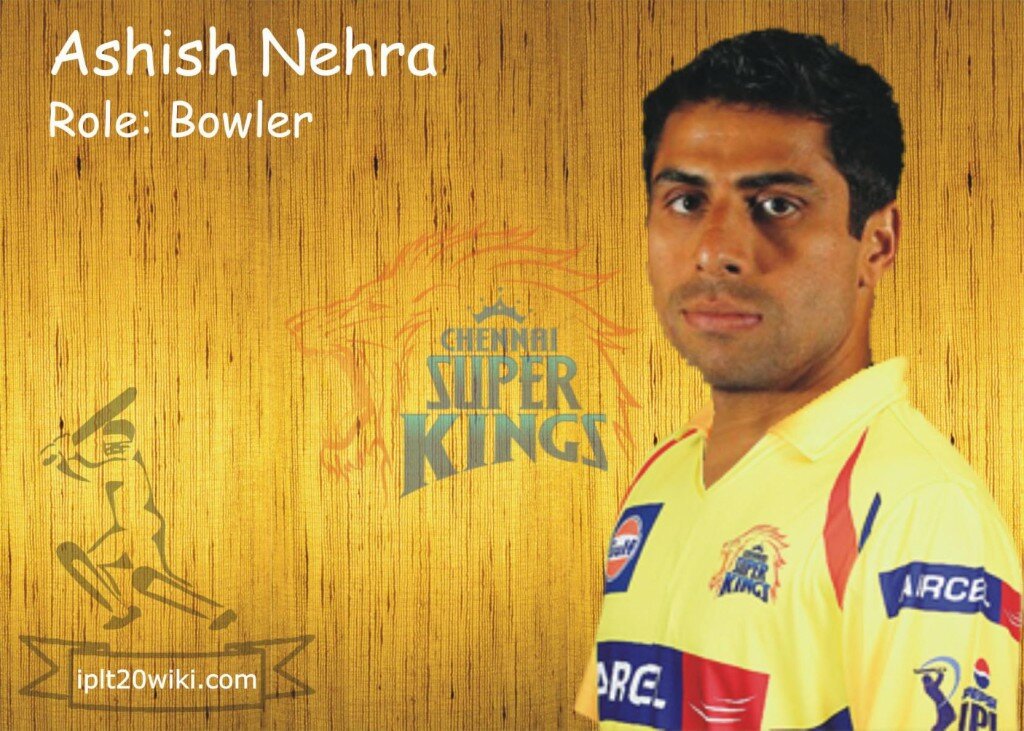 Born on 29th April 1979, Ashish Nehra is an Indian cricketer who has represented India in all formats of the game – test matches, One Day Internationals and T20 matches since 1999. He plays for Delhi in the domestic cricket and also plays in the Indian Premier League.

Ashish Nehra is a left-arm fast bowler who is considered to be one of the best swing bowlers that Indian has produced in recent times.

Ashish Nehra’s career has been plagued by injuries. When fully fit and in form, Nehra is capable of running through sides – like he did against England in the 2003 ICC World Cup.

In players auction for IPL 2011 he was bought by Pune Warriors India and he played with them till 2012. He was traded back to the Daredevils going into IPL 2013.

In 54 matches played so far in his IPL career, Ashish Nehra has taken 59 wickets at an average of 25.55.

In players auction for IPL 2014 he was bought by CSK for Rs. 2 Crores.

Lets hope that he picks up many wickets in IPL 2014 for his team CSK.