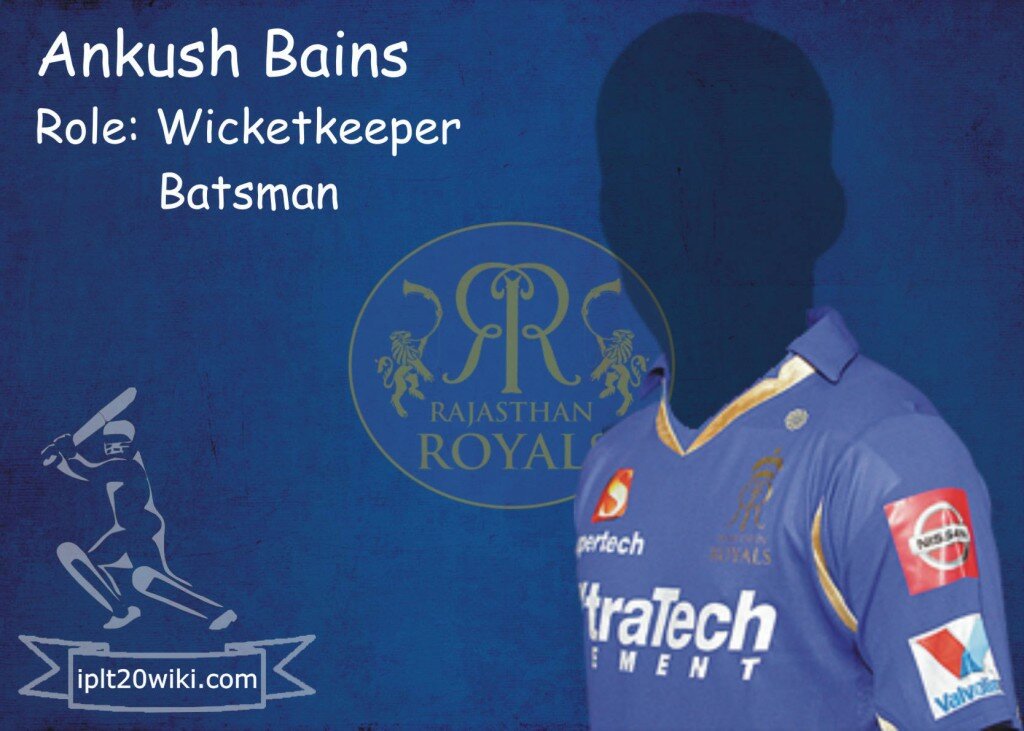 Born on 16th December 1995, Ankush Bains is a Right-handed wicketkeeper batsman who plays for Himachal Pradesh and India U-19.

This 18 year-old youngster was a part of the Indian U19 team which participated in the recently concluded ICC U19 World Cup 2014.

Ankush Bains will make his IPL debut this year after being bought by the Rajasthan Royals team for Rs. 10 lakhs in the players auction for IPL 2014.

Lets hope that he plays well in his first IPL season.