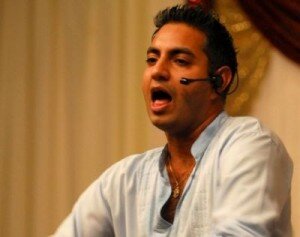 Anand Chulani, who is popularly known as ‘Energy’ Man, had worked with Kings XI Punjab for the last season of IPL and has also worked with all-rounder Abhishek Nayar who is the part of Pune Warriors Team.

“I am honoured to be a part of the Pune warriors. We have outstanding talent and a committed, hard working bunch of guys. I believe in the boys, in our coach and support staff. I believe, we can and will turn this around,” said Chulani, a graduate from Georgetown University with a double minor in Psychology.

Chulani’s main objective will be to motivate and boost confidence in the Pune Warriors India IPl franchise team.

“It’s very important for a player to keep himself motivated and focused, this not only boosts his confidence but also helps him to perform well under most stressful situation,” he said.

From his official website, www.anandchulani.com we come to know that Anand Chulani created the LOL Method that empowers leaders in business, sport and entertainment to perform at their peak, and he has worked with Fortune 500 companies such as Hero Motocorp, Google, Vodafone, Airtel, Bharti Walmart, Godrej, Credit Suisse, Cisco Systems, Toshiba, Turner Broadcasting, organizations such as YPO International and the International Association of Hostage Negotiators.

Thats not all, Chulani has reached over 50,000 students, teachers and parents in schools all over India, US, UK, Hong Kong such as Harrow School, UWC in Pune, Singapore International, The American School in Mumbai as well universities such as Georgetown University, Stanford University, HR College in Mumbai and UCLA and USC in California.